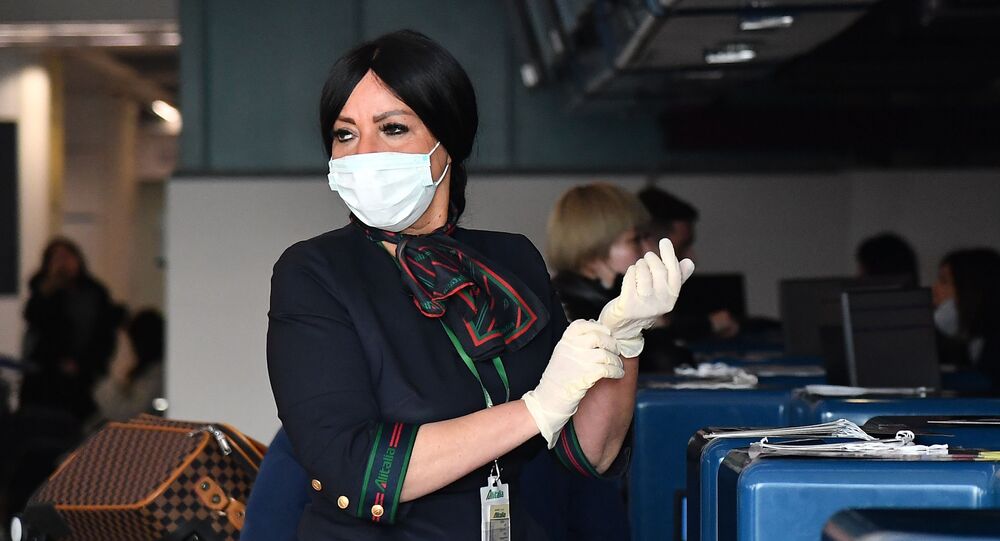 MOSCOW (Sputnik) - Nepal has recorded the first confirmed case of the novel coronavirus, Hemanta Chandra Ojha, an official at the country's Epidemiology and Disease Control Division, said on 24 January.

"We have received the report and specimens have tested positive", Ojha said, as quoted by the media. "We are now in the process of searching for the man and his family in order to test them for further infection".

A 31-year-old man went to a hospital with respiratory problems on January 13, a week after he returned from the Chinese city of Wuhan — the epicentre of the outbreak — where he is working toward his PhD, according to the Kathmandu Post newspaper. He was given medicines and was discharged as soon as his health condition improved. Meanwhile, the hospital took his throat swabs and blood samples for screening in the World Health Organisation (WHO) Collaborating Centre in Hong Kong.

© REUTERS / DARLEY SHEN
China's Virus Outbreak: Asian Markets Slip Amid Fears of Global Pandemic
The unknown type of viral pneumonia, which was first detected in December, was recently confirmed by China and the WHO to be a new strain of the coronavirus, currently being labelled as 2019-nCoV. It has already killed 26 people and infected over 890 others in China.

Confirmed cases of the new coronavirus have also been recorded in the United States, South Korea, Japan, Vietnam, Singapore and Thailand. The WHO said on Thursday that it was too early to declare a global emergency.