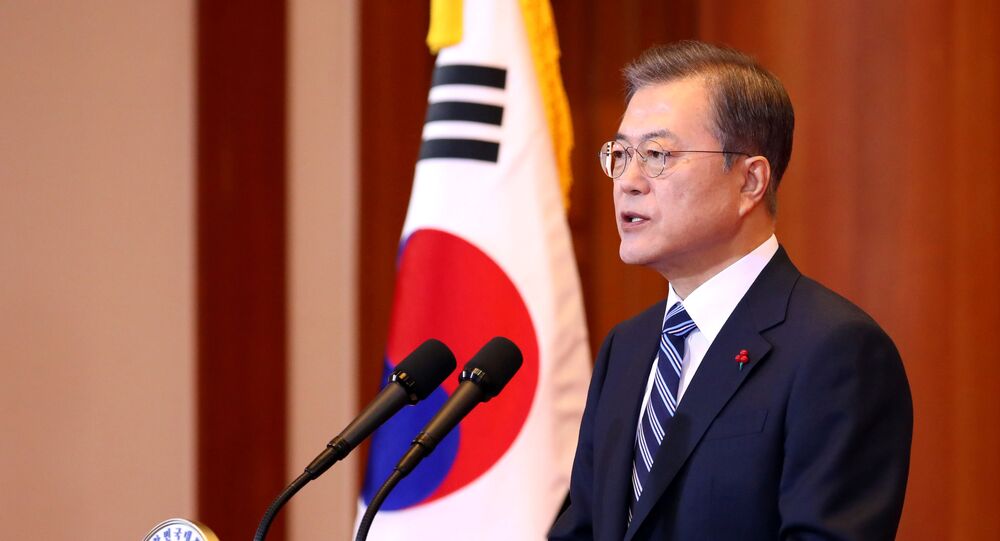 SEOUL (Sputnik) – South Korean President Moon Jae-in has expressed some hope about the prospects of dialogue with North Korea, as well as possibilities of Pyongyang resuming talks with the United States.

"We are not at the stage for now to be pessimistic about South-North dialogue and North Korea-US dialogue, although it's not at a stage to be optimistic," Moon said during his New Year’s press conference in the presidential Blue House on Tuesday, as quoted by The Korea Times newspaper.

According to the South Korean leader, improvement in Seoul’s dialogue with Pyongyang will help resolve stalled talks between North Korea and Washington.

"Dialogue between North Korea and US [is] still left open," Moon said.

He recalled the fact that US President Donald Trump had asked him to deliver a congratulatory message for North Korean leader Kim Jong Un last week, saying that it was a positive sign.

Earlier this month, Moon Jae-in called on Pyongyang to do everything possible to implement the agreement on a return visit of Kim Jong Un to Seoul. An agreement on Kim Jong Un’s reciprocal visit was made in the fall of 2018, when Moon held talks with the North Korean leader in Pyongyang.

Moon and Kim held a total of three summits in 2018 — in April, May and September — that helped achieve an unprecedented thaw in relations between the two nations, which have been divided since 1953.