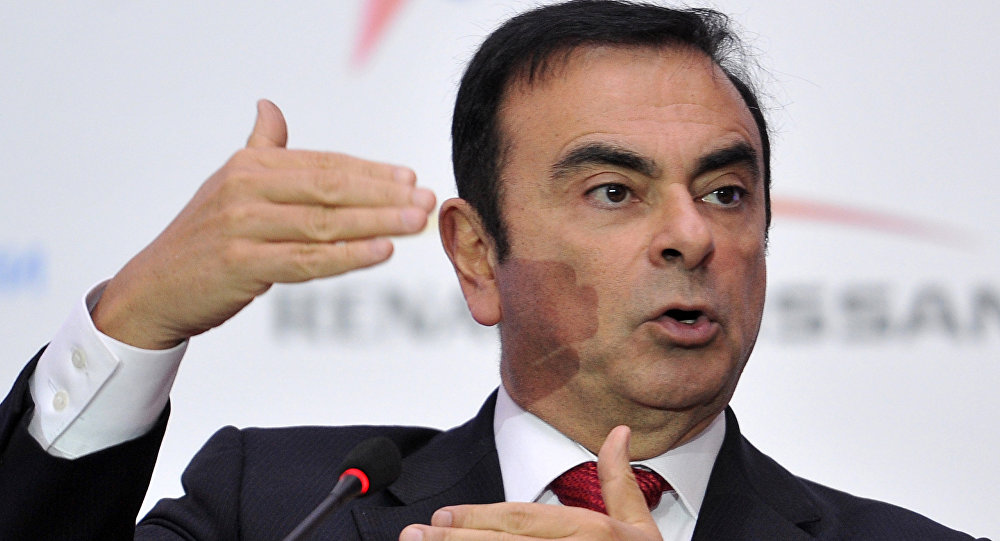 Ghosn was once so popular in Japan that he appeared on the pages of a famous comic book and was ranked seventh in the list of people the Japanese would like to run the country, beating US President Barack Obama.

2020 has just started, but we already have a story that seems it deserves to be made into a Hollywood movie and would be discussed by lovers of conspiracy theories for a long time – how did ex-Nissan boss Carlos Ghosn flee Japan when he was being monitored by Japanese law enforcement round-the-clock?
The 65-year-old, who was arrested in 2018 on charges of financial misconduct and released on $8.9 million bail mysteriously appeared in Lebanon on Christmas Eve stunning his lawyers and leaving Japanese authorities red-faced. Ghosn managed to flee despite the fact that he was barred from leaving Japan and his movements were closely monitored by the authorities.

Lebanese TV station MTV citing no sources claimed that the businessman was smuggled out of Japan in a musical instrument box after a Christmas band played at his home in Tokyo. The report alleged that he arrived in Lebanon on a private jet that travelled through Turkey.

Ghosn, who holds Brazilian, French, and Lebanese citizenship surrendered his passports, which were given to his lawyers. French newspaper Les Echos claimed that the ex-Nissan head may have boarded a plane at a small airport near Osaka, where he was less likely to be recognised. However, Lebanon’s foreign ministry said that the 65-year-old entered the country legally. The ministry stressed that it is unaware of how Ghosn managed to flee Japan.

Help From Another Country

Masahisa Sato, a member of Japan’s ruling Liberal Democratic Party wondered in a statement posted on his Twitter account whether Ghosn’s mysterious disappearance was the work of a foreign country. The parliamentarian lamented the fact that Lebanon and Japan do not have a criminal handover treaty. Japanese police have raided the house in Tokyo where Ghosn stayed, but Tokyo said it couldn’t comment on the issue at the moment.

Japanese Broadcaster NHK reported that the country’s courts allowed the ex-Nissan boss to carry a spare French passport, which he allegedly used to leave the country. The Wall Street Journal reported citing unidentified people familiar with the matter that the Brazilian-born Frenchman planned his escape for weeks and that his wife played a major role in the operation.

Meanwhile, seven people have been arrested in Turkey, including four pilots, who are suspected of helping Ghosn get to Lebanon. The Japanese newspaper Sankei reported that top officials at the prosecutor’s office told the paper that Ghosn made a mockery of Tokyo’s justice system and blamed his escape on courts and lawyers, who managed to negotiate bail for him.

Ghosn’s escape has attracted huge attention from the public and caused heated debates on social media. Tesla CEO Elon Musk tweeted Carlos tweeted: “Carlos Gone” a wordplay on the Frenchman’s last name, while social media users outshined each other in joking on the issue.

Did Carlos Ghosn use Mr Bean's passport to slip out of Japan? pic.twitter.com/eeG1JO75Ra

​On 1 January, Ghosn’s lawyer announced that the ex-Nissan head would hold a press conference in the Lebanese capital Beirut on 8 January.