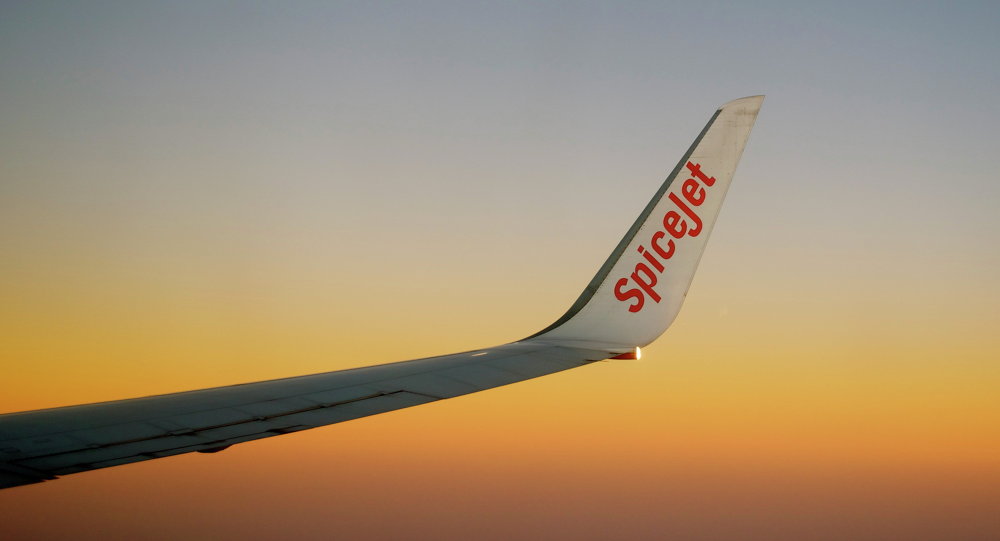 New Delhi (Sputnik): SpiceJet was at the receiving end of the ire of Member of Parliament Pragya Singh Thakur when she filed a complaint against the private airline for denying her the seat she had booked during a Delhi-Bhopal flight. The complaint was lodged with the director of the Raja Bhoj Airport at Madhya Pradesh capital Bhopal.

Amid reports that Pragya Singh Thakur has filed a complaint against SpiceJet, the airline said that since the politician entered the flight on a wheelchair, she was requested to change her seat to a non-emergency row, which she initially refused to do.

However, at the behest of fellow passengers, who were becoming restless with the delay in the flight, she changed her seat.

A SpiceJet spokesperson said in a statement, “SpiceJet had the privilege to have Honourable Smt. Pragya Thakur on board SpiceJet flight SG 2498 (Delhi-Bhopal) on December 21. She had pre-booked seat 1A and had come to the airport in her own wheelchair. The Delhi-Bhopal flight is operated by a Bombardier Q400 aircraft (78 seater). On this aircraft, the first row is the emergency row seat and is not allocated to passengers (in) wheelchairs.”

“As the Honourable Smt. Thakur had come with her own wheelchair and had not booked through the airline, the staff wasn't aware of this fact that she was a wheelchair passenger. She was requested by the crew to shift to 2 A/B (a non-emergency row) due to safety reasons but she refused. The duty manager and other staff also requested her to move to another seat.”

The spokesperson also shared that Thakur was asked for the safety instruction document wherein the exit door policy is mentioned and it was shown to her to provide clarity.

“Finally, Honourable Smt. Pragya Thakur agreed to change her seat from 1A to 2B and the flight departed. We regret for the inconvenience caused. However, the safety of our passengers is paramount at SpiceJet,” said the spokesperson in a statement.

The 49-year-old Sadhvi has courted controversies on several occasions in the recent past including her calling the Father of the Nation Mahatma Gandhi’s assassin a patriot in Parliament. Her remarks led to nationwide outrage resulting in her removal from parliamentary panels.