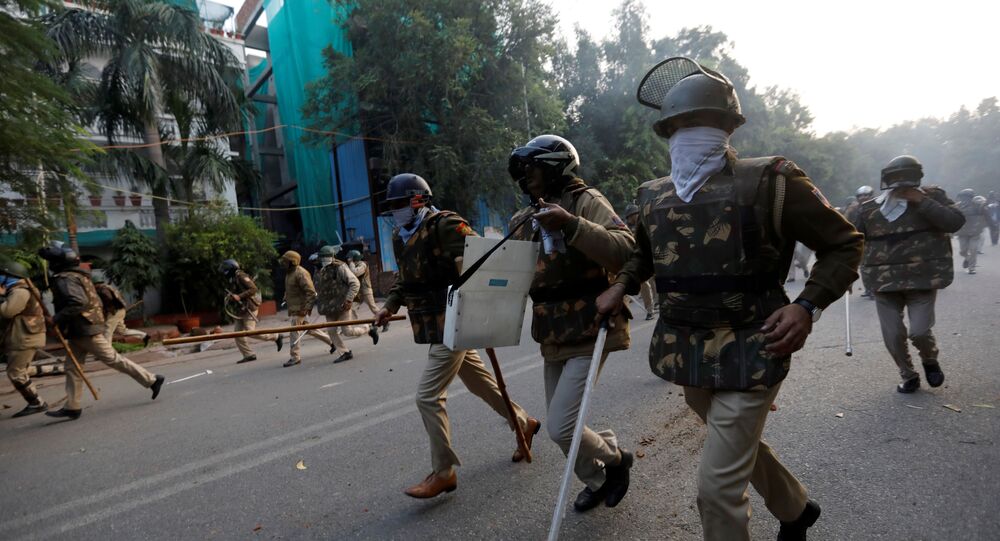 Last month, protests erupted in India's top institution of higher education, the Jawaharlal Nehru University in New Delhi with students protesting against the college administration, calling it and the government of India anti-student.

Several rounds of shots have been heard at the Jamia Millia Islamia University in Delhi, India, while police have deployed its forces at the scene of the shooting.

According to Chief Proctor Waseem Ahmed Khan, police have entered the campus building by force, while several students have been reportedly taken for questioning in the police vehicles.

Waseem Ahmed Khan, Chief Proctor, Jamia Millia Islamia University: Police have entered the campus by force, no permission was given. Our staff and students are being beaten up and forced to leave the campus. pic.twitter.com/VvkFWtia1G

​NDTV broadcaster has reported that the university will be shut until 6 January.

© CC BY-SA 4.0 / SWASTIK 25 / Banaras Hindu University
Twitterati Furious Over Students Celebrating Resignation of Muslim Teacher in India’s Top University
The shooting has been reported as protests against the amended Citizenship Act turned violent in New Delhi on Sunday evening after the demonstrators clashed with the police.

Meanwhile, Jamia Millia Islamia (JMI) administration has issued a statement saying that a large number of local citizens participated in the protests, which, however, weren't held inside the university campus.

At the same time, New Delhi Rail Corporation has turned to Twitter to say that over a dozen metro stations near the university have been closed.

Entry & exit gates of GTB Nagar and Shivaji Stadium are closed. Trains will not be halting at these stations.

Earlier, five people have died in India's northern state of Assam, which once became the epicentre of the protests.

The Citizenship (Amendment) Bill seeks to grant Indian citizenship to refugees from Hindu, Christian, Sikh, Buddhist and Zoroastrian communities who had fled from Pakistan, Afghanistan, and Bangladesh fearing religious persecution and entered India on or before December 31, 2014.