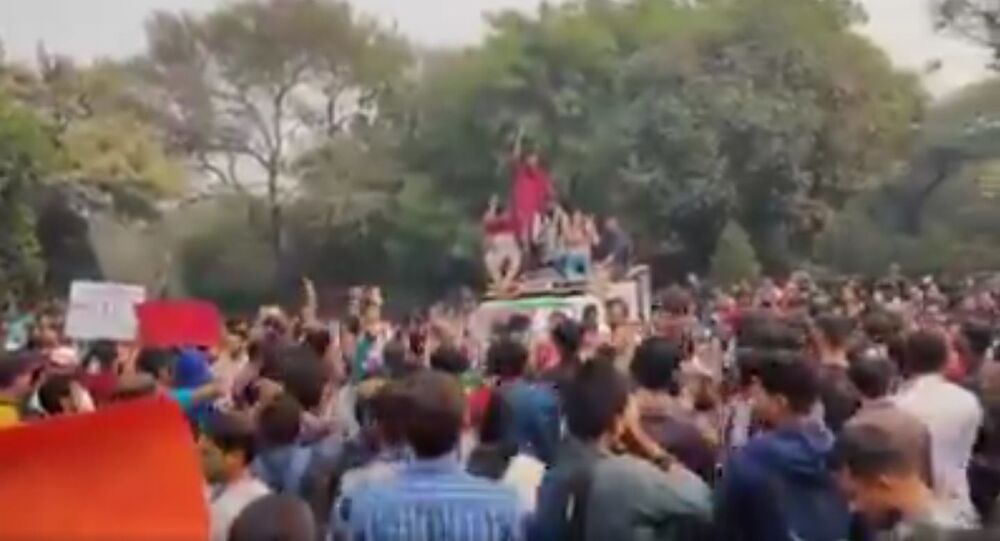 Students at Jawaharlal Nehru University (JNU) are demonstrating against the institution's draft dormitory manual which has proposed introducing changes like raising dormitory fees, enforcement of dress codes, imposing a curfew on students and barring students from participating in protests.

Hundreds of students have gathered at the university premises and raising slogans while playing trumpets and beating drums and carrying banners, and posters.

The protesters have blasted the draft dormitory manual, saying it goes against the idea of the institution of higher education.

The students of Jawaharlal Nehru University have been observing week-long university strike/lockdown to mark their protest against the changes in the hostel manual. pic.twitter.com/pT1pVygT3p

More than 120 Central Reserve Police Force (CRPF) personnel were deployed to the university’s three gates on Monday before the protest rally began by the students union, as reported by the Telegraph India. The CRPF force reportedly entered the university’s premises after 36 years.

JNU is one of the oldest and most coveted public universities in India, named after the country’s first Prime Minister Jawaharlal Nehru. It was ranked number two among all universities in India by the National Institutional Ranking Framework in 2017 and has a long list of accomplished alumni, including recent Nobel Prize winner Indian-origin economist Abhijit Banerjee and Indian Finance Minister Nirmala Sitharaman.