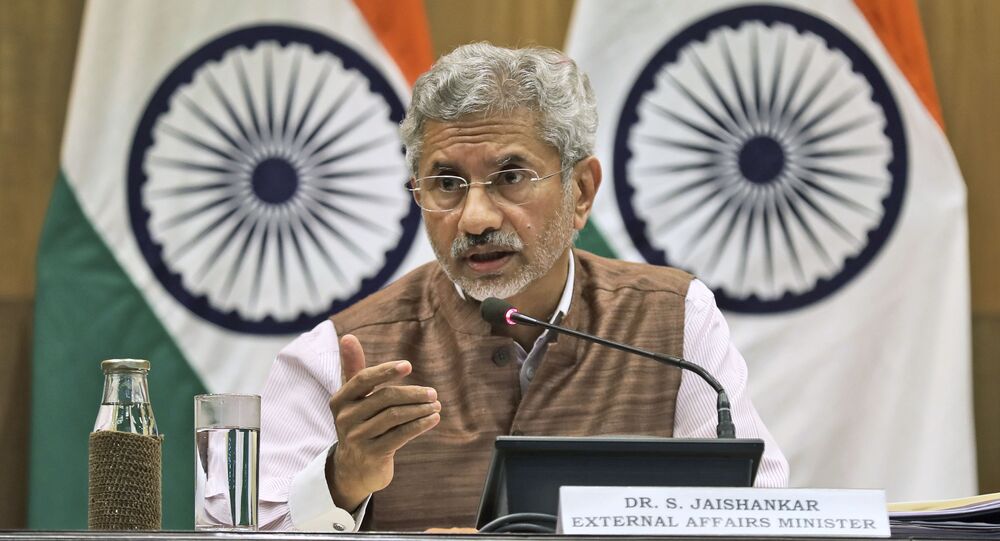 New Delhi (Sputnik): Speaking about the Indian government's move to revoke Jammu and Kashmir's special autonomous status through an act of parliament, External Affairs Minister Subrahmanyam Jaishankar has reiterated again that Kashmir is a "matter of ideological debate and liberal fundamentalism”.

Participating in an interaction after delivering the fourth Ramnath Goenka Memorial Lecture on Thursday evening in India’s capital city of New Delhi, Jaishankar said foreign media criticism of the government's recent decisions on Kashmir were uninformed and devoid of merit.

Unambiguously identifying “the English-speaking liberal media (in the West) commentary on Kashmir as one of New Delhi’s biggest challenges", the Indian foreign minister said: "My reputation is not decided by a newspaper in New York".

For the most part, foreign media outlets have failed to present a fair picture of recent developments in Jammu and Kashmir, and as a result, the Indian government has faced some difficulty explaining its decision to repeal sections of Article 370 of the Indian Constitution with regard to Jammu and Kashmir to diplomats and foreign countries, Jaishankar admitted.

"As we move decisively to combat separatism in Jammu and Kashmir, there is some talk of its internationalisation and hyphenation of our ties with Pakistan. This is thinking from the past, reflecting neither the strength of India, the mood of the nation nor the determination of the government", Jaishankar said during his lecture.

He argued Western media, by and large, has strong pre-set views on Kashmir but did not cite specific examples of unfair coverage.

The international media have reported instances of alleged human rights violations in Indian-administered Kashmir after New Delhi revoked the special status of the region on 5 August.

The decision was followed by a security and communications lockdown which is being withdrawn gradually after assessment on the ground.

The administrative status of Jammu and Kashmir changed after the Indian Parliament abrogated Article 370, which had provided it with a special status for over seven decades. This prompted Pakistan to downgrade its diplomatic and trade relations with India.

Islamabad and New Delhi have been at loggerheads over Kashmir since they attained freedom from British colonial rule in 1947. Both countries govern part of Kashmir while claiming the entire territory.