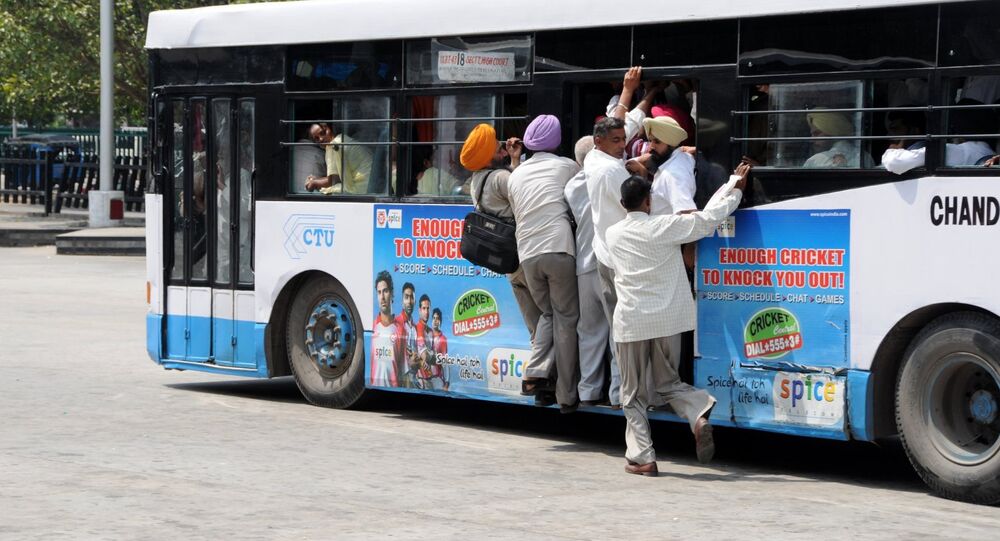 New Delhi (Sputnik): The prime suspect in the 16 December 2012 gruesome gang-rape and murder of a Delhi student later named “Nirbhaya” (the fearless), was earlier found hanging in a prison cell of Tihar Jail in the national capital of India.

Sunil Gupta, a former official at South Asia’s largest prison Tihar Jail, has raised suspicions over the death of prime accused Ram Singh who was the driver of the bus in which a 23-year-old student was gang-raped and murdered.

Gupta has asserted that Singh might not have committed suicide, enumerating the reasons in his book “Black Warrant”, reported Indian daily the Hindustan Times.

The 35-year jail officer wrote that he saw the autopsy of accused Singh, which mentioned the alcohol content in his body, saying it alarmed him because it raised the question as to how alcohol was in India's largest high-security prison.

He added the police should have investigated the case as murder and registered a first information report (F.I.R.).

“There is no written evidence anywhere and I do not have a copy of the post-mortem report but I strongly believe that Ram Singh did not kill himself. For one, his viscera report, which I saw, mentioned alcohol content in his body. That alone should have raised suspicions about his death and made the police register an FIR – how could an inmate get access to alcohol?” the daily quoted Gupta as saying.

Another reason that raised red flags for Gupta was the height of the ceiling from which Singh was found hanging. He wrote that the ceiling of the prison cell was at least 12-feet high and it housed three other inmates, accused in the same case, therefore it wouldn’t have been impossible for Singh to manage it quietly from such a height.

“He had apparently used his pyjama cord to hang himself. Next to him was a plastic bucket. To me, it looked like he was made to drink and then hanged".

Gupta also wrote that he had asked the prison officials to increase the security of the convicts in the prison cell as they faced threats from fellow inmates. But the request was, however, denied by the then-Director General Vimla Mehra.

Mehra, however, denied the allegations levelled by Gupta and claimed that there wasn’t any reason to suspect that he was murdered and didn’t hang himself.

“I am surprised that he (Gupta) has written this. I visited the spot where Singh was found hanging. There was no evidence to suggest that he was murdered. He must be writing such things to sell his book", the daily quoted Mehra as saying.

V.K. Anand, the lawyer of the accused Singh, also believed he was murdered and didn’t commit suicide. He said that he had met the accused a day before he was found dead and Singh was happy with the developments in the case.

“There was no reason why he would take his life. There was a threat to his life. We asked for the records of the judicial inquiry that was held to probe his death. We never got the records", said Singh’s lawyer.

On 16 December 2012 a 23-year-old Delhi student was brutally gang-raped by and murdered by six men in a moving bus in south Delhi. She ultimately died in a Singapore hospital, as doctors in India could not restore her perforated intestines that had been pulled out of her body.

The other four men were subsequently convicted and sentenced to death by a fast-track court. While, the fifth suspect was a juvenile who was also convicted in the rape and murder but was tried separately and given the maximum sentence of three-years imprisonment in a reform facility.

Teenager Gang-Raped in India While Father Forced to Look On