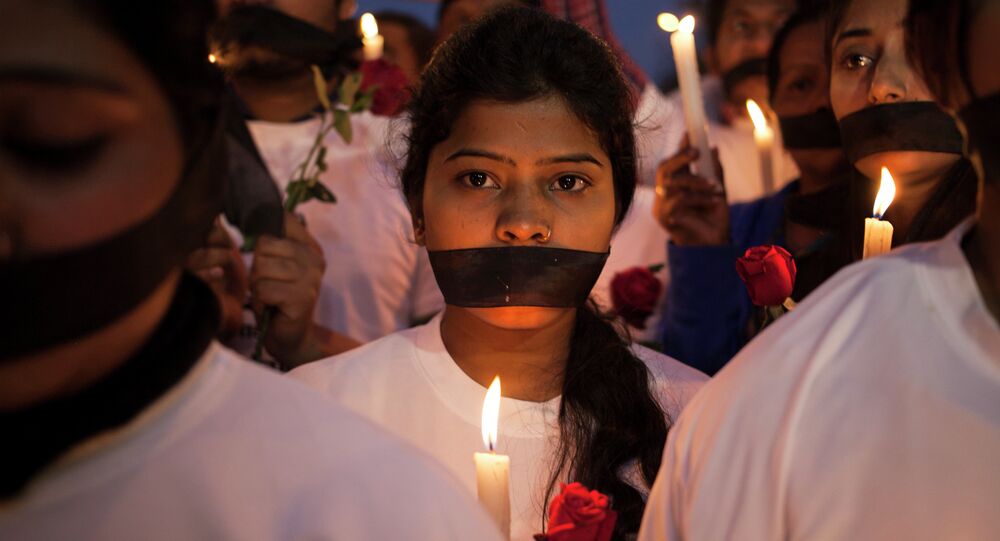 A film about a fatal gang-rape that took place three years ago in New Delhi has been shown in Britain by the BBC; despite the Indian government calling for a worldwide block of 'India's Daughter'.

In 2012, a 23 year old Indian woman living in New Delhi decided to go to a cinema with her boyfriend and catch a bus home.

Jyoti Singh, a medical student, never made it home. She passed away in a hospital in Singapore. Jyoti had been gang raped and attacked by six men on a bus; she died from organ failure in hospital after suffering severe internal and brain injuries.

The barbaric details of her sexual assault and killing sent shockwaves around the world.

Forget ban, #IndiasDaughter is must watch. Anyone who watches will understand devastation caused by regressive attitudes. Face it. Fix it.

The victim's mother demanded capital punishment for all the perpetrators, saying they should all be hanged until they're dead. On the 13th September 2013, a judge in Delhi sentenced four men convicted for their role in the gang-rape and murder of Jyoti Singh.

The Judge said the attack "shocked the collective conscience" of India.

Four of the men, including the bus driver await the outcome of a final appeal and face the death sentence. One killed himself in jail; a juvenile convicted over the gang-rape and murder is due for release this December.

The film 'India's Daughter' has caused outrage because it includes an interview with one of the convicted rapists, Mukesh Singh, who drove the bus. He remorselessly says she should not have been out at night and should not have fought back.

Mukesh told the film-maker Leslee Udwin: "A decent girl won't roam around at nine o'clock at night. A girl is far more responsible for rape than a boy."

"She should be silent and allow the rape." Unbelievable comments from Delhi rape convict in @lesleeudwin documentary. http://t.co/Lgn3PfMd3e

His remorselessness continued: "When being raped, she shouldn't fight back. She should just be silent and allow the rape. Then they'd have dropped her off after 'doing her', and only hit the boy."

Outrage and anger erupted in New Delhi after excerpts of the interview appeared online. The Indian government banned the country's media from broadcasting the film and police secured a restraining order from the court against televising the interview.

The Home Ministry also issued direction to make sure the documentary is not available on social networking websites.

Just saw #IndiasDaughter documentary. An honest re telling really. India needs to confront its demons squarely. Not ban and wish them away.

But hours after more than 300,000 people watched the film in the UK, it appeared on the internet.

The victim's father, Badri told news channel NDTV that everyone should be able to watch the documentary to understand "the bitter truth" about his daughter's death.

"Everyone should watch the film. If a man can speak like that in jail, imagine what he would say if he was walking free."

Jyoti's mother, Asha, told NDTV "I don't care what the government does — bans the film, doesn't ban the film — the only thing I know is that nobody is afraid. It is not only Mukesh who thinks like this".

India's home minister has threatened to take action against the BBC for broadcasting the documentary, in spite of the government's protestations.

A spokesman for the BBC said:

"This harrowing documentary, made with the full support and cooperation of the victim's parents, provides a revealing insight into a horrific crime that sent shockwaves around the world and led to protests across Indian demanding changes in attitudes towards women."

In The Hindu, Rukmini Shrinivasan writes: "Unfortuntely, it is only when interviews of this nature are conducted that we will ever know how many men in India still think of women. The least we can do is act honestly and immediately on these repugnant attitudes.

"Union Minister Venkaiah Naidu said on March 4 that a documentary that defames India would not be allowed to be aired. Unfortunately, all this will do is once again give cover to the men whose views diminish India."

Measured, intelligent, poignant and revealing, #IndiasDaughter demonstrates why documentary television is more important than ever.

Every 22 minutes a women is raped in India.

In his first Independence Day speech as Indian Prime Minister, Narendra Modi said that the number of rapes in India was a 'source of shame'.