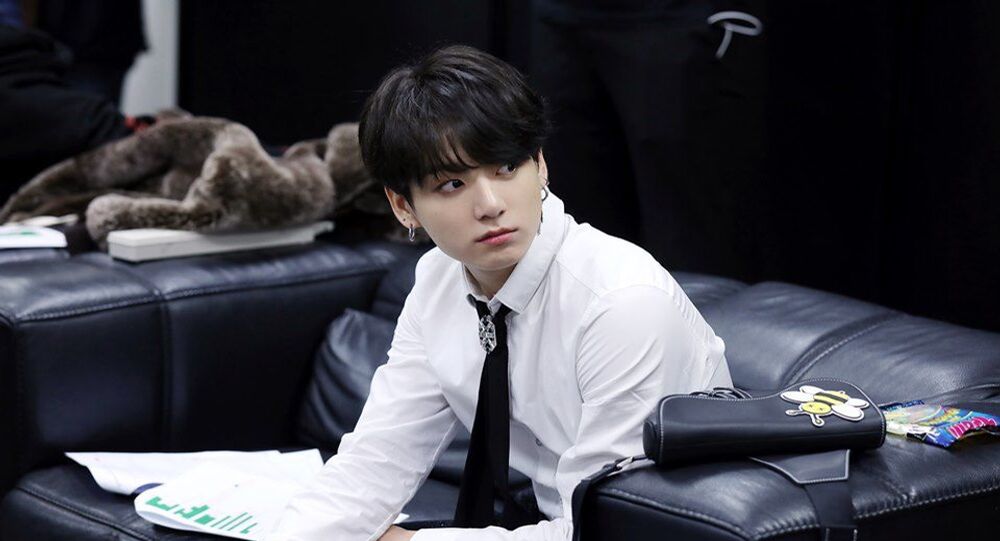 According to the police statement, a junior member of K-Pop boy band BTS Jungkook is being investigated for alleged traffic violations.

The incident, involving the main vocalist and maknae (the youngest member) of the worldwide sensation BTS Jungkook, occurred on 2 November on a street in Hannam-dong, Yongsan-gu, Seoul. According to Seoul Yongsan police station, the singer crashed into a taxi while driving his Mercedes Benz. Jungkook and the taxi driver were taken to a hospital for treatment after both of them suffered minor injuries and bruises.

The police station didn't give any further details, as the investigation is still ongoing.

Following the incident, the group’s label Big Hit Entertainment released an official statement on 4 November confirming that Jungkook caused the car accident and that he has been able to come to an agreement with the driver that will see an end to the case. The agency also apologised to fans for causing them to worry about the accident.

Many fans were concerned about their favourite junior member of BTS and tried to reassure each other that the youngest band member was ok.

anyways, jungkook is just any other 22 year old human that can get involved into traffic incidents this turning into breaking news is insane, you mfs had me thinking he got into a car crash (not that the other people who might’ve gotten hurt aren’t important)

​Army, which is the official name for BTS fans, also tried to defend their hero with many social media users blaming Jungkook for the accident.

funny how people are making a joke out of Jungkook's accident and ask police to put him in jail when he just made a minor traffic violation. A violation is a violation but it has proper punishments and fines. You dont demand imprisonment as if you're not crying over a weed smoker

people violate traffic laws all the time. i’m not saying it’s ok because it’s not, but it’s an honest mistake that people do everyday. i’m also not just saying all this because ‘It’S jUnGkOoK & He PeRfEcT’ i’m saying this just in general. Everyone please stay positive he is ok 🥺

The car accident a minor accident, it’s violation of traffic lights, both party got minor injuries fortunately and I know Jungkook learned from it and be extra careful next time,I hope he don’t blame himself so much, pls don’t make this big more than it was, let Jk breath 💜 pic.twitter.com/0rC1ESUEua

​As usual, there were also plenty of anti-fans making jokes about the crash.

jungkook u fucking loser. we all know he can't read the damn traffic signs bc bh pulled him out of school too early. so technically this is on bh idc bye

y’all are all over the tl talking about, “it’s ok jungkook, i make a few traffic mistakes too :(”

the “traffic mistakes” in question: pic.twitter.com/ygLwlCL4kS

But army support him and blaming the taxi driver.... pic.twitter.com/NVLbmkorj2