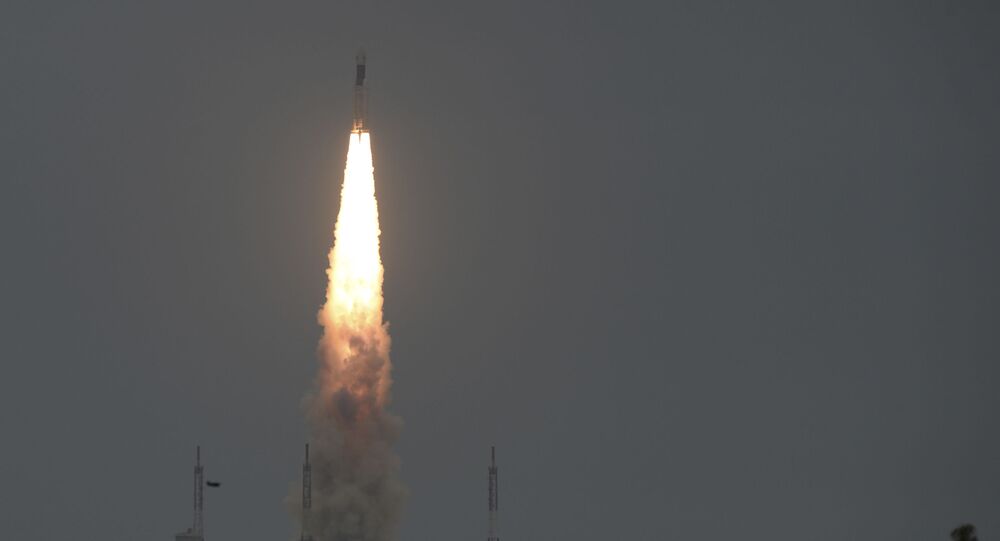 New Delhi (Sputnik): Initial designs of the space station suggest that it will be a 20-tonne modular abode located in low earth orbit (LEO), at an altitude of between 120 km and 140 km.

“We don’t want to be part of ISS (International Space Station). Our station, which will be set up in five to seven years, won’t be very big”, Indian daily Times of India quoted ISRO Chairman K. Sivan as saying.

The space station would be an extension of the human space flight programme Gaganyaan and would have space for three astronauts, he added.

Much will depend on the success of Gaganyaan, a fully autonomous 3.7-tonne (8,200 pound) spacecraft designed to carry three crew members to orbit and safely return to Earth after a mission duration of up to a week.

The ISRO has been working on space docking technology, the key to manned space missions, for the last three years. The technology will facilitate the transfer of human beings from one spacecraft to another and refuel spacecraft. The space research organisation is likely to conduct a docking experiment next year, the daily reported.

Plans for the Indian space station project were announced in June this year. A space station, with its zero-gravity environment and exposure to space, provides a unique opportunity for scientific research that is hard to replicate on Earth.

The US, Russia, Europe, Japan, and Canada jointly manage the International Space Station, which orbits at an average altitude of 400km. Some experiments being conducted at the ISS include those on Parkinson’s disease, resistance of cancer cells to chemotherapy, material development, disaster relief, food and water conservation, and waste management.

The Gaganyaan will include participation from about 650 industries, Dr Sivan said.