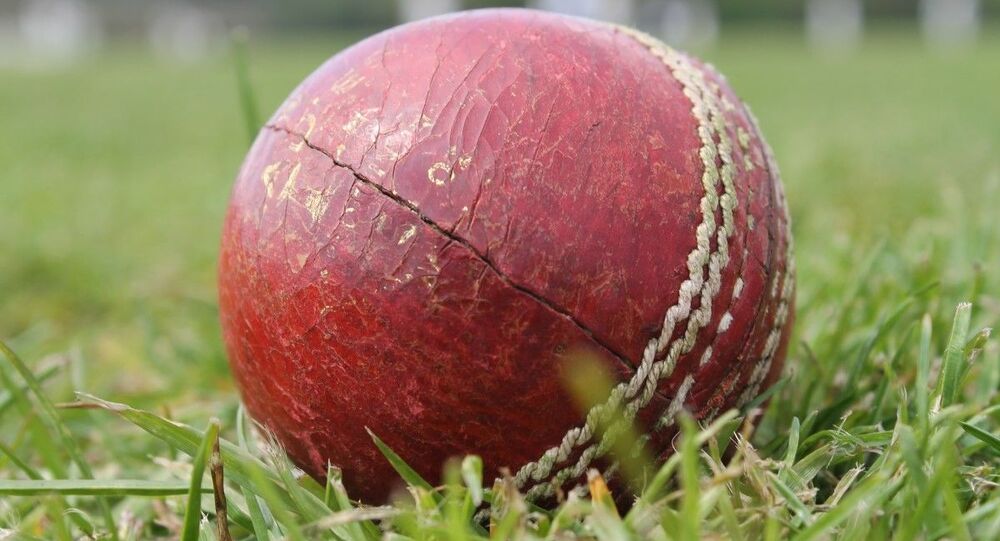 New Delhi (Sputnik): Nostalgic Ganguly not only made a fashion statement with his decision to take on his new role as President of the Board of Control for Cricket in India in the blazer he wore as captain of the national team, but also seems to have struck the right chord with his fans, who consider him a cricketing icon.

India's former national team captain Saurav Gaunguly, who led the country's best cricketers to glory with their 2003 World Cup win, took charge as President of the Board of Control for Cricket in India(BCCI) wearing the blazer he was given in 2000 when he was appointed captain of the team.

Ganguly, who became the first cricketer in the span of 65 years to take charge as full-time BCCI president, told the media while dusting his blazer: "I got this (blazer) when I was the Captain of India. So, I decided to wear it today. But, I didn't realise it's so loose".

Ganguly's emotional gesture and commitment to the game resonated with Twitter users, who reciprocated with an equally loving response.

@SGanguly99 touching to see Dada in India Blazer . Shows how much it means to him to contribute for India, I must say while wearing a Blazer or removing the Jersey this man knows when to make a statement and how !

Waah @SGanguly99 #Dada you wore your heart on your sleeve as an 🇮🇳 cricketer and now on this big you wearing that blazer says a lot about your passion for the game. @BCCI should always have a cricketer as its chief. #dadagiri

Yes, he is so much in to game connected to cricket. We have had experienced this in past as well.

In line with d aspirations of cricket lovers, you set a record in 9mns by performing like d great & excellent legend in your past, by ending corruption, countless flouts & involvement in betting of the board officials.
Orgs it that none of your counterparts can do for 9 decades.

Greater the man greatest the journey! Frm IndianCaptain to @BCCI president.Think it will b a gr8 insight 4 a cricketer to be an administrator & make others understand admin frm a players point of view Wish u were d president while d yoyo was in demand😂good luck dadi👊@SGanguly99

Congrats on being elected the @BCCI President, Dadi.
I am sure you will continue to serve Indian Cricket like you always have!🏏
Best wishes to the new team that will take charge. pic.twitter.com/ucGnOi0DRC

This makes me so happy. Having learnt from and played with you Dada, I know that you're going to excel at your new role , treat it with utmost sincerity and passion, much like you always did on field. Congratulations, @SGanguly99 and all the best for the journey ahead.👍 pic.twitter.com/N7k21odksD

While addressing the media, Ganguly also promised that the BCCI would strive to keep India's favourite sport corruption-free.

"No compromise on credibility, corruption-free and same for all BCCI, just as I led India," he said.

Praising the efforts of Indian captain Virat Kohli, Ganguly said that he has taken the team to a new level and he will support Kohli in every manner.

"Virat is the captain now and we will have the same relations. Whatever he needs to help India play well, we will provide that to him. Kohli has taken the Indian team to a new level. We have been with him and we will be with him," Ganguly added.

Ganguly also said that he will give Dhoni enough space to make his own decisions.

When speaking about Dhoni, who has been keeping away from the matches, Ganguly said he doesn’t know what’s going on in his fellow cricketer's mind, but “champions don't finish very quickly. When everybody counted me off, I came back and played for four more years."

Ganguly bid adieu to International Cricket in 2008, having accumulated 7,212 runs including 16 centuries in test matches and 11,363 in one days.