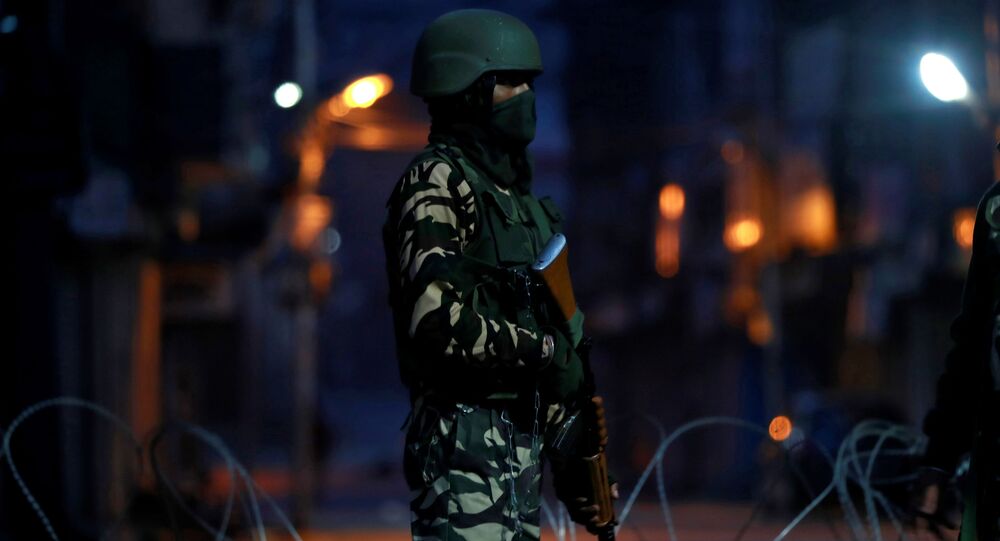 New Delhi (Sputnik): Hours after the Indian Army claimed to have launched an attack on Pakistan-administered Kashmir and said it destroyed three terror camps in the region, the Pakistan army has categorically denied these claims.

"The statement by the Indian COAS (Chief of Army Staff) claiming the destruction of 3 alleged camps in AJK (Azad Jammu and Kashmir) is disappointing as he holds a very responsible appointment. There are no camps there that could have been targeted. The Indian Embassy in Pakistan is welcome to take any foreign diplomats and or media to the location to 'prove' it on the ground," the spokesperson of Pakistan army Major General Asif Ghafoor tweeted.

"The propensity of false claims by senior Indian military leadership, especially since the Pulwama incident is detrimental to peace in the region. Such false claims by the Indian Army are being made to suit vested domestic interests. This is against professional military ethos," the spokesperson added.

Indian Army Chief General Bipin Rawat claimed in a Sunday statement that at least 6-10 Pakistani soldiers were killed in the attack carried out by India.

Meanwhile, Pakistan categorically rejected "Indian media reports about so-called launchpads being targeted by India along the Line of Control (LoC), the de-facto border. Pakistan has called upon the five permanent members of the UN Security Council to ask India to provide information about the so-called alleged 'launchpads."

Islamabad has also stated its willingness to arrange a visit of the P5 diplomats, UNSC member countries, to those locations to expose the "Indian falsehoods".

"Heinous Indian targeting of civilians is a typical attempt by India to divert international attention from the humanitarian nightmare in Indian-administered Jammu and Kashmir," the ministry added while summoning the Indian diplomat alleging a ceasefire violation.

The Indian Army has claimed to have destroyed terror camps in retaliation for alleged unprovoked firing from the Pakistan-administered Kashmir region, to push infiltrators across Indian borders. Two Indian soldiers and a civilian lost their lives in that incident, it said.

The Indian Army launched attacks on purported terrorist camps inside Pakistan-administered Kashmir opposite the Tangdhar sector in retaliation to the alleged support provided by the Pakistan Army "to push terrorists" onto Indian territory, a military official claimed in a statement.

The Director-General (South Asia & SAARC) Mohammed Faizal urged the Indian side to respect the 2003 Ceasefire arrangement, investigate these and other incidents of ceasefire violations, and instruct the Indian forces to respect the ceasefire, in letter and spirit to maintain peace on the LoC and the Working Boundary.

He urged that the Indian side permit the United Nations Military Observer Group In India And Pakistan to play its mandated role as per the UN Security Council Resolutions.

Tensions have dramatically escalated between the two South Asian neighbours ever since New Delhi revoked Jammu and Kashmir's special status on 5 August.