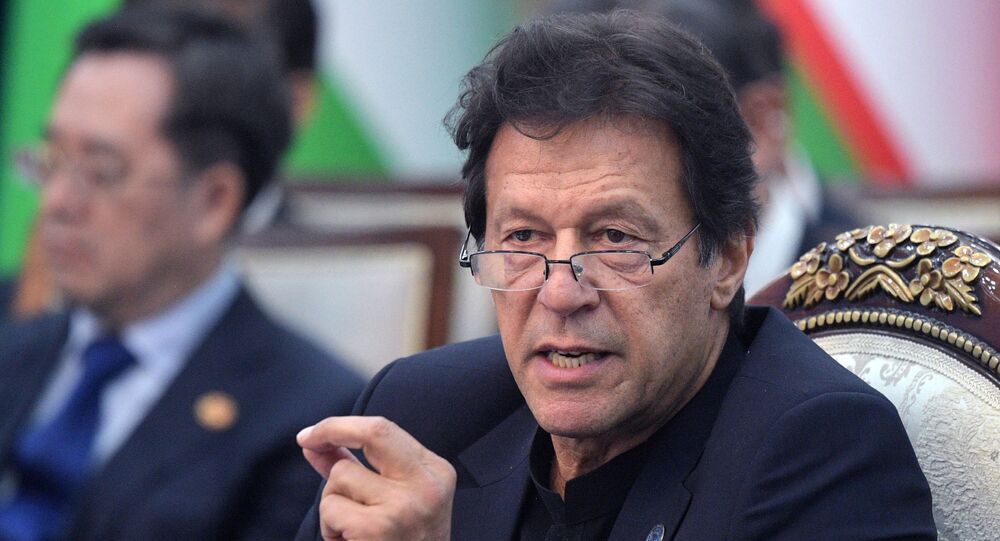 Imran Khan lashed out at Modi saying he “is riding a tiger”, and using close to one million “forces to silence Kashmiris”. He warned that once the “siege is lifted there will be a bloodbath” in Indian-administered Kashmir, “which would be the only way to subdue the Kashmiri people”.

75 days & Occupation government of Modi continues the siege in IOJK. Modi is riding a tiger - he thought he could get his agenda of annexation by using 900k forces to silence Kashmiris. You don't need 900k troops to fight terrorism; you need them to terrorise 8m Kashmiri people.

As the world watches the worst violation of human rights in IOJK, Modi is now fearful because he knows the moment the siege is lifted there will be a bloodbath - which would be the only way to subdue the Kashmiri people.

​Pakistan mounted a diplomatic offensive against India after New Delhi stripped the restive Jammu and Kashmir of its special status and divided the state into two federally administered territories in early August. Islamabad has suspended diplomatic, trade and communication ties with India over the decision.

Pakistan claims to be a stakeholder in Kashmir and called India’s decision to amend Article 370 and 35A illegal. It had asked the international community to force New Delhi to rescind its decision.

Khan alleges that eight million Kashmiris in Indian-administered territory are being held hostage by Indian troops and vowed to fight for their cause as a ‘global ambassador’. On his return from the United States in September, after attending the UN General Assembly Session, the Pakistan Prime Minister declared a holy war (jihad) against India, saying he wanted to “please the Almighty (Allah).

India and Pakistan have been at loggerheads over Kashmir since they attained freedom from British colonial rule in 1947. Both countries rule parts of Kashmir while claiming the entire territory. They have also fought three wars since independence; two were over Kashmir, and the third was to liberate Bangladesh.

Indian leaders have asserted that all of Jammu and Kashmir, including the Pakistan-occupied portion of Kashmir, is part of their country, and their unfinished agenda remains the integration of the occupied territory with the rest of the Indian Republic.