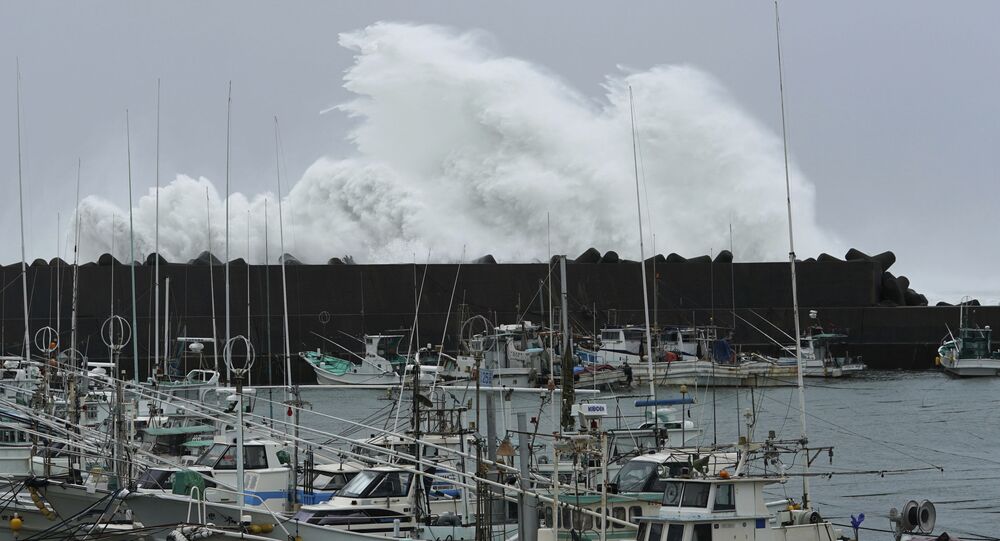 The number of people who've died as a result of Typhoon Hagibis in Japan has increased to 14, while at least 16 more remain missing, the Kyodo news agency reported on Sunday.

The TBS broadcaster reported that the disaster had left about 150 people injured.

Earlier NHK said that at least 8 people had been killed and more than 100 injured, adding that at least 16 people remain missing.

Japanese authorities earlier on Saturday issued the highest weather emergency level for seven of the nation's prefectures, including Tokyo, due to approaching Super Typhoon Hagibis.

Some 4.2 million residents in 10 Japanese prefectures, including Tokyo Metropolis, have been ordered to evacuate.

According to NHK, some 45,000 people face power outages in the prefectures of Chiba and Kanagawa and Tokyo Metropolis.