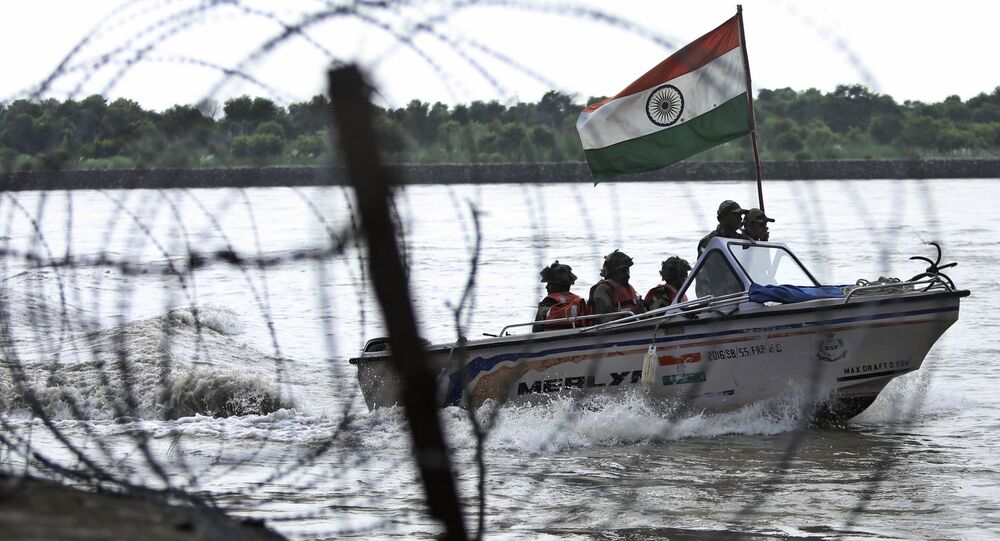 New Delhi (Sputnik): Pakistan’s military authorities handed over the body of a Border Security Force (BSF) trooper to their Indian counterparts on Tuesday at the de facto border that separates the two countries in the Jammu and Kashmir region.

A statement issued by Inter-Service Public Relations (ISPR), the media cell of Pakistan’s armed forces, confirmed the handing over of the body of Paritosh Mondal, a BSF trooper, who had drowned in a river flowing along the 193-kilometre-long Working Boundary that stretches from Indian administered Kashmir to the Sialkot Sector in Pakistan’s Punjab province.

The ISPR statement further said that the BSF trooper had drowned while crossing the Nala Aik stream that flows south of Jammu and towards south-east Sialkot.

The deceased trooper’s body had swept towards the Pakistani side and it was in response to the Indian Border Security Force’s request that the Pakistan Rangers had launched a search for the body and recovered it, the ISPR claimed.

Military procedure was followed during the handing over ceremony of the body, it added.

Tuesday’s humanitarian gesture took place even as tensions between India and Pakistan continue to remain high following New Delhi’s decision to revoke the special quasi-autonomous status of Jammu and Kashmir through an act of parliament on 5 August.

Both countries have fought two wars over Kashmir, which was divided between them when they declared independence from British colonial rule in 1947. Each side continues to claim sovereignty over the entire region.