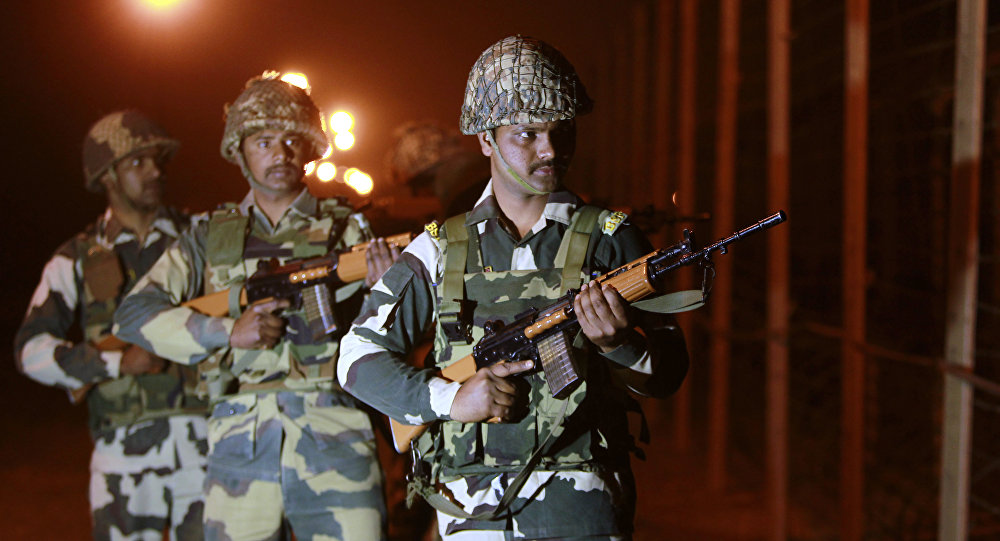 New Delhi (Sputnik): The armies of the two nuclear-armed nations have been exchanging heavy fire along the LoC since last Saturday. In last 48 hours, Pakistan's army claimed that at least four troops and two civilians had been killed in the conflict with India.

For a third consecutive day, Pakistan has summoned an Indian diplomat in Islamabad over alleged ceasefire violations along the Line of Control (LoC) in which it claimed at least three Pakistanis, including a soldier, were killed.

Pakistan's Ministry of Foreign Affairs has said Director General Dr. Mohammad Faisal summoned Indian Deputy High Commissioner Gaurav Ahluwalia to condemn "continuous ceasefire violations" along the Line of Control (LoC) in Lipa and Battal Sectors, which have resulted in the killing of two civilians, Muhammad Aziz and Muneeb, as well as Muhammad Ramzan, a serviceman.

Pakistan urged India to “instruct its forces to respect the ceasefire, in letter and spirit and maintain peace on the LoC and the Working Boundary”.

Another brave son of soil laid his life in the line of duty. Sepoy Muhammad Sheeraz embraced shahadat due to Indian firing in Buttal Sector along LOC. pic.twitter.com/BAozVnsuGY

India and Pakistan have fought two wars over Kashmir, which was divided between them when they declared independence from the UK in 1947. Each side claims sovereignty over the entire region.

Last week, the Parliament of India voted to amend the Indian constitution, formally ending the state's autonomous status under Article 370 and converting the state into two separate union territories: Jammu and Kashmir, and Ladakh.