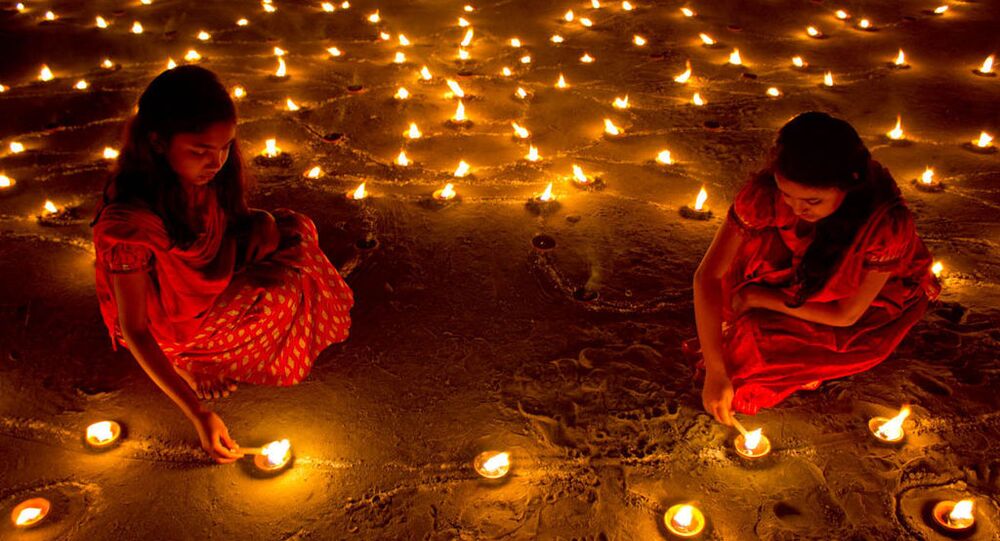 New Delhi (Sputnik): Firecrackers are part of every celebration in India, especially Diwali, the festival of light; Durga Puja, the annual Hindu festival to pay homage to Goddess Durga; and Christmas. Diwali falls on 28 October this year, while Durga Puja started on Sunday (September 29) and concludes on 7 October.

“The import of firecrackers is ‘Restricted’ in terms of the Foreign Trade Policy and is allowed only against an import license by the Director General of Foreign Trade. It has been observed that in order to circumvent the licensing requirements, unscrupulous importers are indulging in illegal import of firecrackers by mis-declaration and concealment,” an official communication of DRI accessed by ANI, the wire agency, reads. “This is a serious matter and a grave cause of concern.”

​According to DRI, Chinese firecrackers are not only dangerous for the environment, they also contain banned chemicals like red lead, copper oxide and lithium among others, negatively impacting the environment and public health.

The firecracker industry in India is estimated to have annual sales of Rs. 20 billion or $242.2 million, a fourth of which is met through imports from China.

These illegal imports are often camouflaged as toys or concealed in other goods and payments for such imports are generally made through illegal transactions, an official confirmed.

India’s Environmental Protection Act says “The manufacture, sale or use of firecrackers generating noise level exceeding 1.25 dB or 145 dB at 4 metres distance from the point of bursting shall be prohibited.” While most of the firecracker manufacturing is in the unorganised sector, it is ill-equipped to measure the decibel levels.

India’s highest court had also banned the sale of firecrackers during Diwali, and regulated their sale and use. The Supreme Court of India in a judgement in 2018 had ordered sale and manufacturing of only firecrackers with reduced emissions and environmentally safe firecrackers.