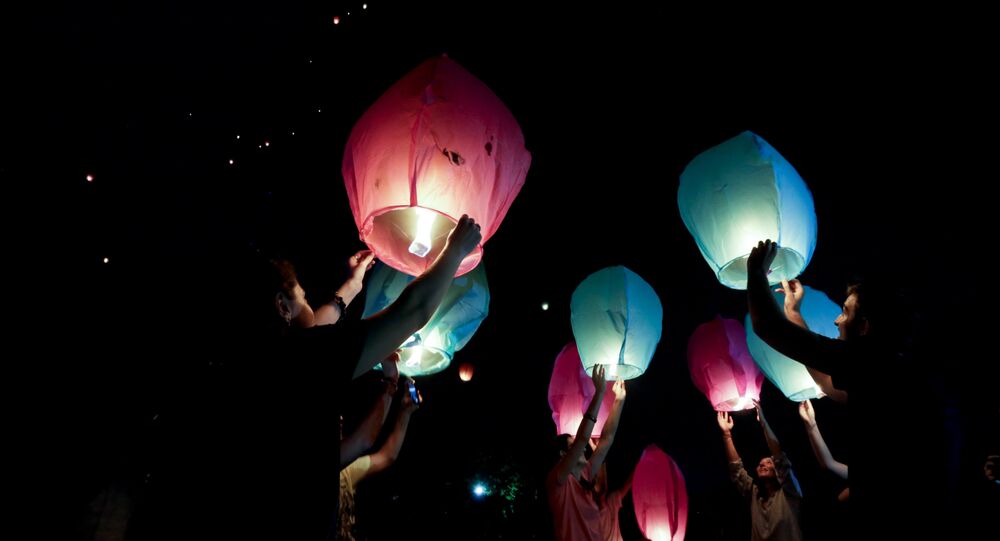 A WHO report had termed Delhi to be the world’s most polluted city in one of its recent reports. Three petitions were filed in the apex court seeking a complete ban on firecrackers. The court order, however, attempts to strike a balance by imposing restrictions on the timing and place of using fireworks during festivals.

India's apex court on Tuesday rejected a plea for a complete ban on firecrackers during the Hindu festival of Deepawali.

Observing that "we tried to strike a balance", the two bench judge of the Supreme Court of India restricted the use of crackers to tackle concerns about deadly pollution in Delhi and other cities in India. The apex court allowed the use of safer firecrackers from 8 pm to 10 pm only on the day of the festival.

© AFP 2020 / Chandan Khanna
Delhi Pushes Emergency Button as Air Pollution Soars
The two-hour limit has been set for all festivals and weddings. Meanwhile, the court has set an exception for Christmas and New Year by letting a 35-minute window to celebrate the occasions during midnight. The judges said in their order that in Delhi, crackers will be allowed only in designated spots, which need to be identified within a week.

However, the Pollution Control Board has expressed its dissatisfaction on the judgment.

Supreme Court's orders are not very strict. We were expecting complete ban but that has not happened. Crackers will be allowed but there is time restriction as it will be allowed between 8 pm to 10 pm: Vijay Panjwani, Advocate of Central Pollution Control Board pic.twitter.com/oHHu9oQ8K9

Many Twitter users have expressed their reservations on the judgment.

The order should not have mentioned Diwali. People will burn crackers a day after diwali, the order should have been more generic in banning crackers at any time of the year. #Disappointed pic.twitter.com/4AXvflDr9T

Thank u hon SC for a fabulous judgement on the #firecrackers. Thank u for once again showing…Amongst all the noise there is sanity & wisdom in this great court of ours!!

The court order also provides that only licensed traders can sell firecrackers and the crackers must be made of permitted chemicals that ensure reduced emissions. Crackers in India cannot be sold online with E-commerce sites facing penalties if they do otherwise.