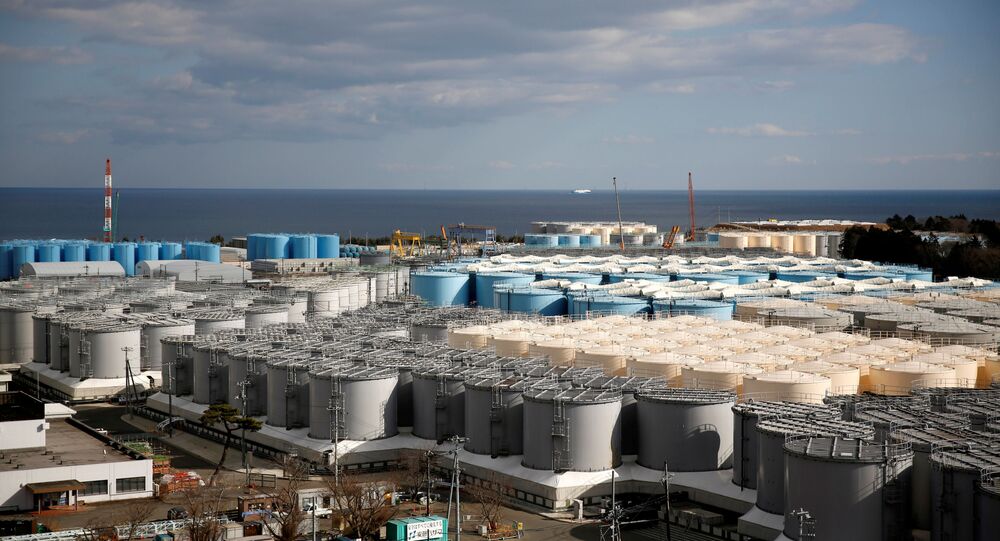 MOSCOW (Sputnik) - The operator of the Fukushima Daiichi power plant, which in 2011 experienced the worst nuclear disaster since Chernobyl, has no choice but to discharge a massive amount of radioactive waste into the sea since it currently has no technology for treating the contaminated water and no adequate space to store it any longer, Japanese Environment Minister Yoshiaki Harada said on Tuesday.

“We have no way but to release it [into the sea] and dilute it,” Harada said at a press briefing, as quoted by the Jiji Press.

More than a million tonnes of wastewater is currently stored in tanks at the Fukushima site, but the facility is reportedly running out of available space and expects to exhaust its capacity by summer 2022.

Japan currently has no technology to clear its wastewater from tritium, a radioactive isotope of hydrogen, so coastal nuclear plants normally discharge it right into the sea anyway. However, the Tokyo Electric Power (Tepco) has admitted that Fukushima water contains other contaminants aside from tritium.

While the Japanese government has yet to discuss the matter upon receiving a report from a panel of experts, Harada believes that the wastewater is to be diluted in the Pacific Ocean and that the authorities should inform the public, in Japan and abroad, about the safety provisions and scientific grounding of such a decision.

According to Japanese media, local residents have deep concerns about the potential damage this move can inflict, especially to the industry of fishing, which is essential for Japan.

The accident at the Fukushima plant eight years ago was triggered by a 46-feet tsunami that hit Japan in March 2011 following a 9.0-magnitude offshore earthquake. The meltdown at three out of the four units and hydrogen-air explosions, which were provoked by a cooling systems failure, led to the leakage of radioactive materials and the shutdown of the plant.