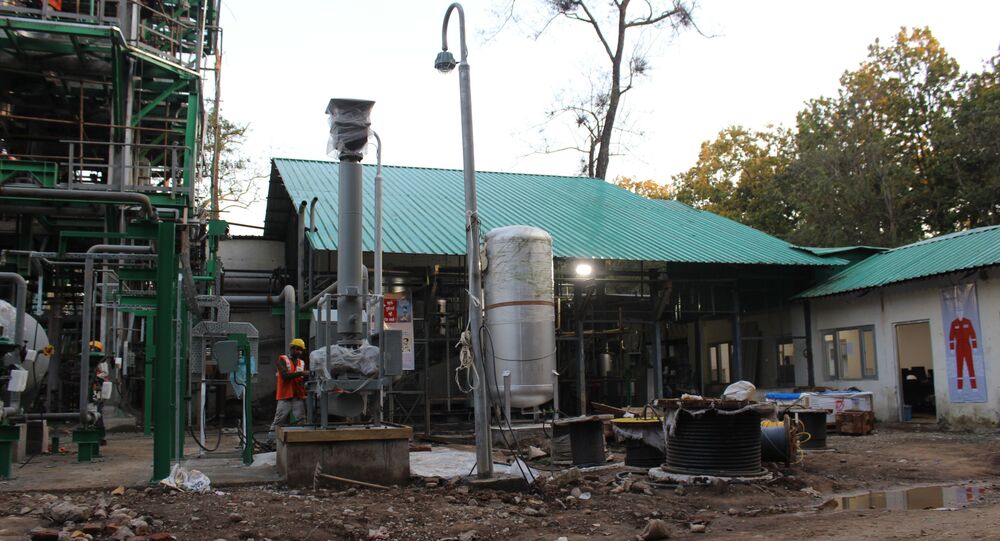 New Delhi (Sputnik): Plastic waste has become a major environmental catastrophe. According to the UN Environmental Programme (UNEP), five trillion single-use plastic bags are used worldwide every year. About 60% of that plastic ends up landfills or the natural environment, ultimately returning into the food cycle and causing severe environmental and health consequences.

India has announced that single-use plastic would be completely phased out by 2022. It has also announced several research projects to recycle plastic waste into useful applications.

The first of its kind in India, the Indian Institute of Petroleum (IIP) under the Federal Ministry of Science and Technology has developed the technology to convert plastic waste to diesel.

The first demonstration plant in the country to convert plastic waste to diesel has been launched in Dehradun, in the Himalayan state of Uttarakhand. The plant can convert 1000 kilograms of plastic waste to 800 litres of diesel daily. IIP will make the oil available to government agencies regularly.

The diesel is automotive grade, meets specifications for use in vehicles and can be directly used to fuel cars, trucks and power generators. The raw material used is polyolefin waste, which accounts for approximately 70% of total plastics consumed.

The salient features of the project are that it is capable of producing diesel, gasoline (petrol) or aromatics along with LPG, through environmentally-friendly processes and it is economically viable.

“We have partnered with a local non-government organisation, that is working with communities, commercial entities and ragpickers to develop an effective waste plastic supply chain,” Dr Anjan Ray, Director of Indian Institute of Petroleum told Sputnik.