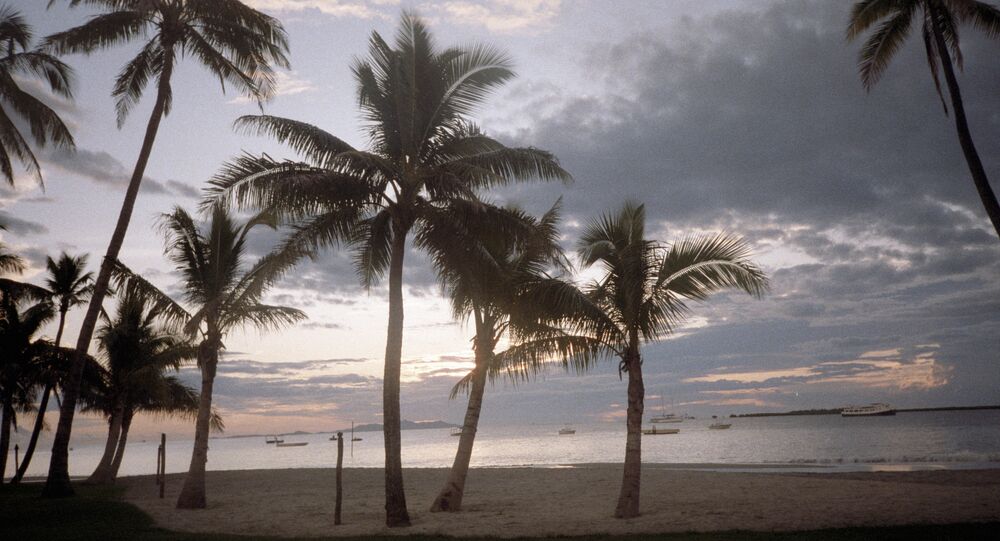 Members of the Pacific Islands Forum had earlier sought to expel Australia from the group over what they described as its “neo-colonialist approach.” The move comes amid Canberra’s push to tackle Beijing’s increasing clout in the Asia-Pacific region.

Speaking to reporters on Wednesday, China’s Foreign Ministry spokesman Geng Shuang lambasted Australia for its patronising attitude towards Pacific countries, which he stressed are respected by Beijing.

“China doesn’t insult island countries or go down and tell the world that we’ve given this much money to the Pacific islands,” Geng said when asked to comment on recent remarks by Fijian Prime Minister Frank Bainimarama who described his Australian counterpart Scott Morrison as “very insulting, very condescending, not good for the relationship.”

“With sincerity, real results, affinity and good faith on one side and a condescending master on the other, it is easy to see the stark contrast. The people of island countries, who are in the best position to judge, are fully aware of the difference,” said Geng.

Geng also condemned “some in Australia” as spreading “the China threat fallacy among island countries” and seeing Beijing as “a challenger to Australia’s influence in the region."

He added that China is rendering assistance to island countries “with no political strings attached” and that “in the process, we fully respect the will of local governments and peoples, who sincerely welcome Chinese assistance as it has strongly boosted their economic and social development”.

The remarks come after Tuvaluan Prime Minister Enele Sopoaga floated the idea of expelling Australia from the Pacific Islands Forum over Canberra’s stance on climate change.

While supporting the overall goal of stopping climate change, Canberra sought to include less harsh wording in the final document during last week’s gathering of the Pacific Islands Forum in Tuvalu.

“And I see now after so many years of us coming away to set up the Pacific Islands Forum, we are still seeing reflections and manifestations of this neo-colonialist approach to what the leaders are talking about," Sopoaga noted in an apparent reference to Australia.

In 2017, Australia announced a new policy called "Pacific step-up" to strengthen the country's relations with the small island nations in the region, in a move thought to be aimed at serving as a countermeasure to China's growing clout in the Pacific.