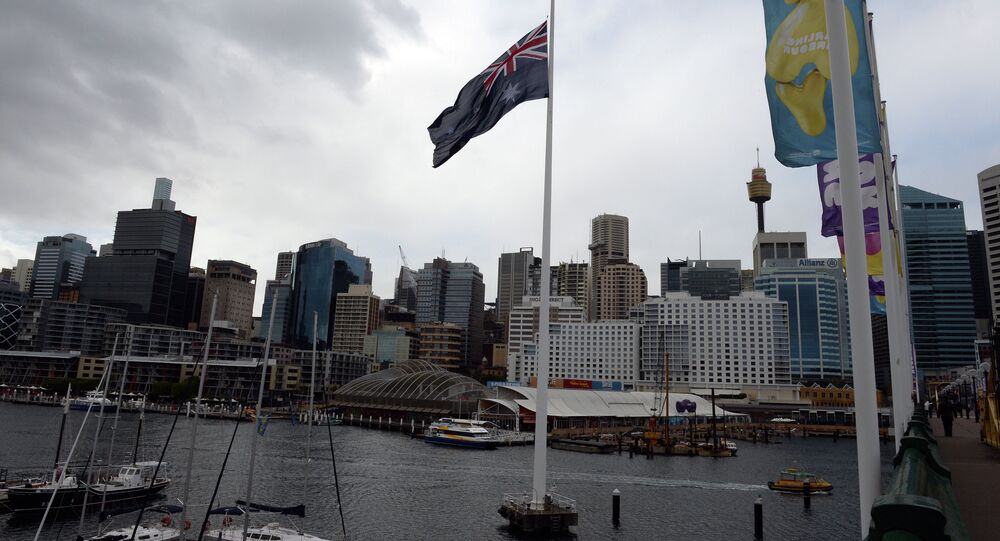 It is expected that following Papua New Guinea and Samoa; Tonga, Cook Islands, Niue and Fiji will join the Chinese “Belt and Road Initiative”. It will be announced on 16th of November after the meeting between the PRC President Xi Jinping and the leaders of the island states of the Pacific.

This meeting will be a part of the APEC summit in Port Moresby, the capital of Papua New Guinea.

During the meeting with the leaders of Papua New Guinea, Fiji, Samoa, Vanuatu, Micronesia, Cook Islands, Tonga, Niue the Chinese president is going to introduce the "One Belt One Road" project. It is anticipated that China will announce the allocation of a large package of funds to carry out some projects of the initiative.

Liu Ying, an expert from Renmin University of China commented on the priority areas of cooperation:

"First of all, the countries of southern Pacific are an important maritime hub of The Silk Way. They play an important role in transportation and communication integrity of this route. In the meantime, the development of these countries is limited by poor transportation. For instance, there are more than 600 ports in Papua New Guinea.

However, all of them, except for the one in the capital, leave much to be desired.

It's important to understand that the development of trade and tourism in these countries is very much dependent on constructing sophisticated infrastructure, linking ports, air and sea routes. That is why, there is a hope that these states will cooperate closer with China and other Asian states to foster communications and transportation constructing activities. Secondly, in terms of cooperation in the domain of productive capacities, countries of the southern Pacific and China complement each other. In particular, it involves sea industries: seafood production, maritime tourism, ocean monitoring, marine technologies, financial and investment exchange, connected to it. All mentioned above may become a subject of the joint work and development. Strengthening ties and cooperation between China and these countries in the sphere of productive capacities is a very important aspect of promoting them in terms of integration in the global production chain, adding value chain and supply chains.

Thirdly, cultural exchange and development between China and south Pacific countries is a very significant issue. It's very important for "The Silk Way" countries to cooperate in healthcare, education, science, technologies, tourism and culture."

China has become the second largest donor for the countries in the region after Australia. According to the official Chinese data, PRC's investment in the region in 2017 was 3 billion dollars, turnover with major countries in the region reached 7,25 billion dollars. The increasing rates of the Chinese financial presence on this market cause serious concerns of Australia, New Zealand, and The United States, as their ally. As a big group of countries is expected to join the "Belt and Road Initiative" soon, The US and its allies are considering it the new stage of Chinese economic and political expansion.

In this regard, AFP points out that the White House senior officials have been very negative about the Chinese activities in the region. In particular, they claim that cooperation with China will reinforce "the debt dependence of the south Pacific countries, lead to loss of sovereignty and independence, which means violation of freedom to be itself without external interference, either political, or any other type". Beijing has harshly reacted on these speculations. During the briefing in the run-up of the PRC's president visit to Papua New Guinea, Deputy Minister of The Foreign Affairs of China Zheng Zeguang stated: "No country should try to impede friendship, cooperation and exchange between China and the Island States." The diplomat reminded that "the relations between the two parties have come to the new stage of rapid development."

The head of the Department of Southeast Asian, Australian and Oceanian Studies of the Institute of Oriental Studies of the Russian Academy of Sciences Dmitri Mosyakov told Sputnik that China's reinforcement in the region is the objective reality, no matter how much Australia and America like it, or not.

"Now Australia has got a serious rival, in terms of the influence on these countries. Australia doesn't like it, because for a long time the country has considered this region to be its sphere of interests. Growing China's influence has been evident for a long time. There is nothing surprising about it. There is a moment, when quantity changes into quality. That is what we see now."

© REUTERS / Australian Defence Force
Australia, Papua New Guinea to Share Naval Base to 'Enhance Interoperability'
The expert added that the increasing competition for influence in this region between China on one side and America and Australia on the other one may lead to the military confrontation. China can proportionately respond to the joint Australian-American military presence in Oceania to defend its economic interests. Nevertheless, the expert expressed his hope that the rivalry will exist only in political and economic spheres.

Observers point out that Papua New Guinea is not that significant for the Chinese diplomacy. Meanwhile, attitude of this country to the "Belt and Road Initiative" reflects the point of view of the whole region. Officially the first participant of "The Silk Way" project in the region, this country has received most of the Chinese investment in the Southern Pacific. First and foremost, this money is spent on infrastructure and electric power industry. Those are the spheres, where foreign investment is needed the most. Two hydroelectric power plants are being built for Chinese money: Edevu and Ramu, which is the largest investment project of PRC in the country.