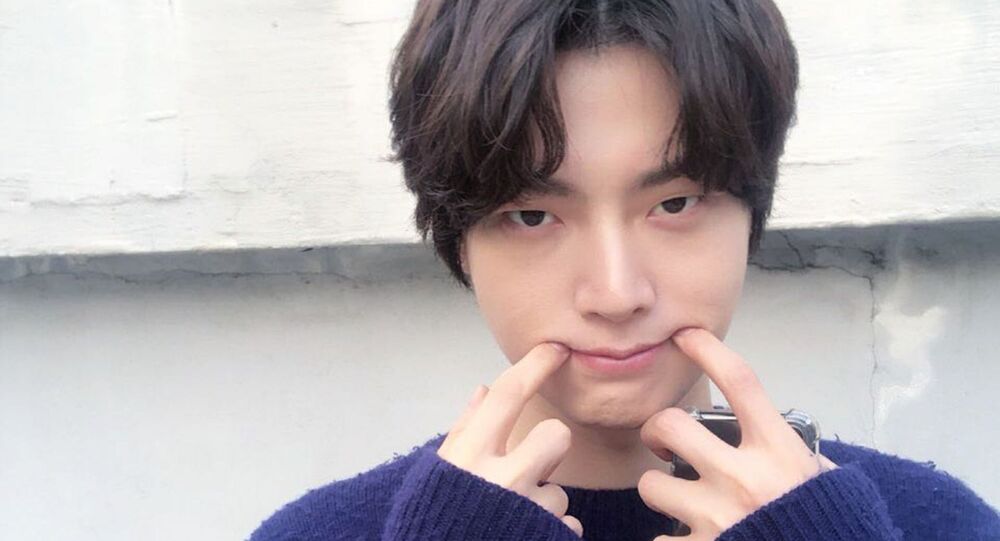 Cast of Show New Journey to the West Might be in Doubt Amid Ahn Jae-hyun, Ku Hye-sun Divorce News

This might be the second South Korean celebrity couple to part ways this year.

"Blood" TV series co-stars Ku Hye-sun and Ahn Jae-hyun are planning to divorce after 3 years of marriage, Yonhap news agency reports. The pair fell in love during shooting and got married in 2016; their love story and married life was showcased in the reality show called Newlywed Diary in 2017.

On 17 August, Ku Hye-sun uploaded a post to Instagram that was later deleted, depicting a chat with her husband. According to the screenshots, they discussed how to tell the actress' mother that the couple were getting divorced.

Ku Hye Sun has just revealed on her Instagram that Ahn Jae Hyun has requested for a divorce 💔, and posted screenshots of their conversation - asking him to meet her mother to talk about the divorce but he chose work over meeting her, saying it's meaningless to meet. pic.twitter.com/Q67FVU4f0H

​The actors' agency released a statement later in the day, confirming the reports: "Despite encouragement and anticipation from many people, the two actors have recently reached a point where they can no longer continue their married life due to various problems and decided to part ways after serious discussions", HB Entertainment said as cited by Yonhap. "As their management agency, the company respects the two people's decision that came after several months of serious discussions and hopes they will live more happily apart".

The news appeared amid plans to launch a new season of the popular travel reality show New Journey to the West where Ahn Jae-hyun is one of the co-hosts, but now the cast might be in question as fans are disappointed with the news.

watching new journey to the west feels different now after the divorce news came out. but ahn jaehyun is never my fave cast of the show anyway.

Now how am I going to watch new season of new journey to the west? How to enjoy it knowing that probably you won't be the cast after these scandal? I've been waiting for all of you to be complete now it's your turn to make things worst.

4. New journey to the west
8/10.
This shows changes it cast a few times, after season 5 it get funnier. After p.o and mino join the cast it really became funnier. If they started with the original cast I'd give it a 10/10. I love the games and their chemistry. pic.twitter.com/qHKJ5ox2Nj

​Following publication of the news about the impending divorce, the show and the couple trended in the Top-10 list of the South Korean segment of Twitter.

wtf,jaehyun said he loves hye sun so much everytime he had a chance to say it on new journey to the west sksjsksjsksj no wonder he didn't mentioned hye sun at all in kang's kitchen sksjsksjsk pic.twitter.com/Jx6e4V7brl

​The news about the pair's divorce appeared like a bombshell to their fans shortly after another top-celebrity couple separated from each other earlier in the summer. Co-stars on the famous TV series "Defendants of the Sun" Song Joon-ki and Song Hey-kyo finalised their divorce on 22 July.

First the Song-Song couple, and now Goo Hye Sun and Ahn Jae Hyun 😭 What is happening in this world?? Whyyy? 😫Where did all the love go? 💔#GooHyeSun #AhnJaehyun pic.twitter.com/eHYWYBEGoX