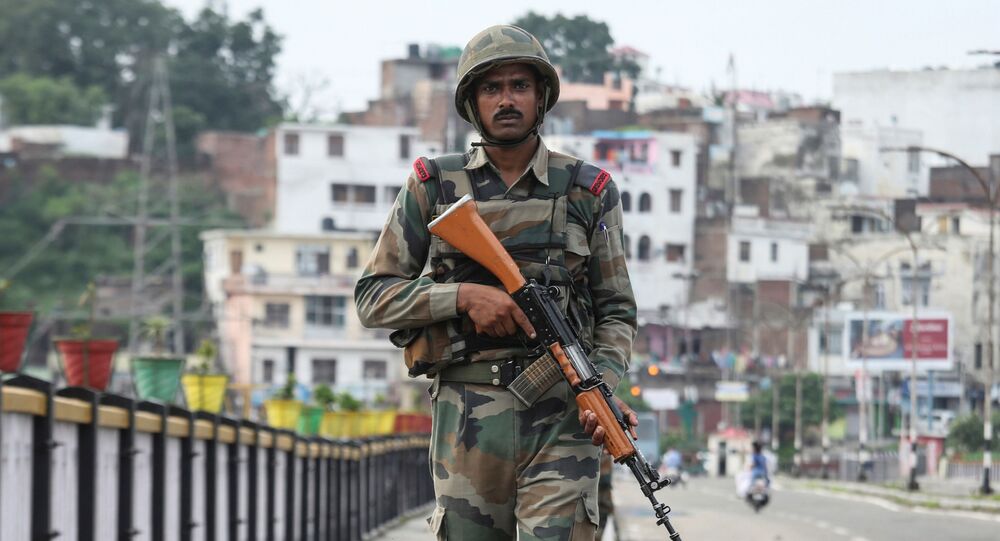 New Delhi (Sputnik) - Tensions between India and Pakistan over Jammu and Kashmir have risen sharply after New Delhi decided to revoke the territory's special status and split the state into two administrative units on Monday, 5 August.

In a provocative social media post, Pakistan's Minister of Information and Broadcasting Chaudhary Fawad Hussain has said, India is trying to convert Kashmir into another Palestine, and the people of his country should be ready to fight, "if war is imposed."

Hussain's statement comes in the wake of India revoking a provision in its Constitution which granted special status to Jammu and Kashmir. Indian President Ram Nath Kovind, in a decree on 5 August repealed Article 370, thus ending the special status of the state.

Responding to the Indian government's decision, Pakistan said it "will exercise all possible options to counter the illegal steps."

In another swift move, New Delhi also introduced legislation in Parliament to bifurcate the state into two federally administered territories – Jammu and Kashmir and Ladakh. The bill was passed by the upper house, the Rajya Sabha and is now being debated in the lower house, the Lok Sabha.

Kashmir has been a bone of contention between rivals India and Pakistan since they gained freedom from British rule in 1947.

The two rival nations fought three wars, two of them, over Kashmir. India and Pakistan also had an armed conflict in the Kargil region of Jammu and Kashmir in 1999.

"We are contemplating over the options including the opinion of legal experts regarding the recent Indian move on Kashmir's status," he stated while talking to a private news channel.

Pakistan's Permanent Representative to the United Nations, Maleeha Lodhi will meet the president of the Security Council, he added.