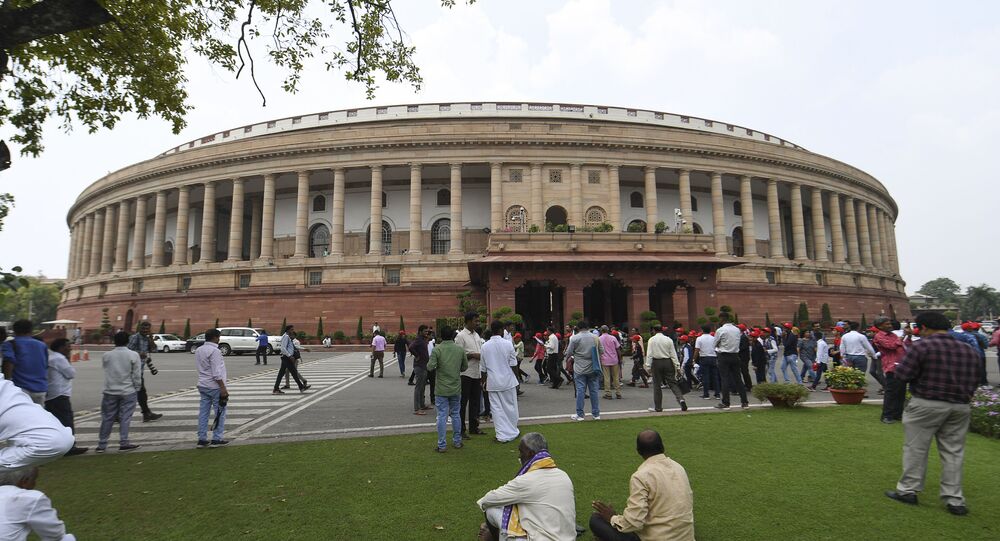 Earlier on Monday, India moved to strip Jammu and Kashmir of its unique status by repealing Article 370 of the Constitution. Pakistan strongly condemned the move saying that it violates the UNSC resolution and goes against the will of the Kashmiri people.

The Rajya Sabha, the upper house of the Indian bicameral parliament, has passed a law, called the Reorganisation Bill, to bifurcate Jammu and Kashmir state into two federally administered entities.

At a parliament session in the upper house, Home Minister Amit Shah promised that the legislative body would make Jammu and Kashmir "a [unified] state again when normalcy returns".

The official added that Article 370 constituted the most significant "hurdle to normalcy" for Jammu and Kashmir.

“Because of Article 370, democracy did not percolate in Jammu and Kashmir, corruption entrenched everywhere, poverty remained, healthcare and educational facilities did not improve as in other parts of the country. It was anti-women and anti-backwards classes/tribals.” - Shah said.

Shah underlined that Kashmir was, is and will remain "heaven on earth".

"It won't become Kosovo, as claimed." - the Home Minister clarified.

​The Indian government on Monday moved to scrap Article 370 of the national constitution, which grants special autonomy to the state of Jammu and Kashmir, the Muslim-majority Indian-controlled part of Kashmir. The law provided the state with an autonomous constitution as well as decision-making rights in various domains with the exception of defence, foreign affairs and communications.

Pakistan slammed the move vowing to employ all possible options to counter the controversial move.

Relations between India and Pakistan have long been tense over competing claims to parts of the Kashmir region since the countries gained independence from the British Empire in 1947. Over the past 70 years, the two archenemies have fought two wars and waged a limited conflict over the region.