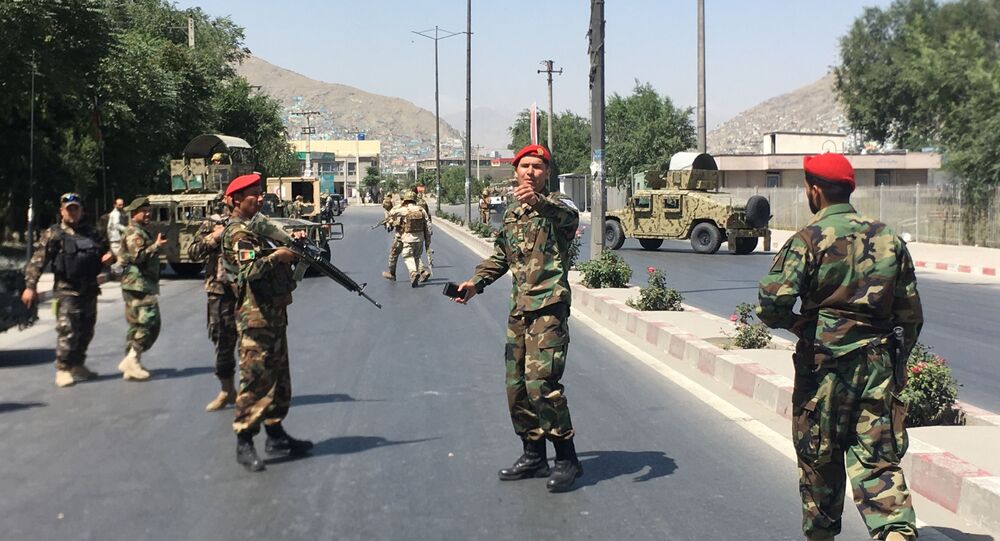 At Least 7 Killed, 21 Wounded in Attack Against Gov't Employees in Kabul

KABUL (Sputnik) - At least five people were killed and 10 others wounded when a blast rocked a bus carrying employees of the Afghan Ministry of Mines and Petroleum in the capital city Kabul on Thursday, an Interior Ministry spokesman said.

"As a result of today’s explosions in Kabul, seven people have been killed and 21 more have been wounded", the spokesman for the Afghan Ministry of Public Health, Wahidullah Mayar, said. "Five women and a child are among those killed".

The Afghan government has condemned the bombing, calling it senseless and inhumane.

"Another senseless and inhumane attack on civilians in Kabul today that took innocent lives", Sediq Sediqqi, a spokesman to Afghan President Ashraf Ghani, wrote on Twitter.

A second bombing took place in the same area after first responders arrived to help evacuate victims, while a third explosion targeted the city's ninth police district, according to the Interior Ministry.

No militant group has claimed responsibility for the attacks.

The incident comes as the government continues to clash with militant groups, including the Taliban movement. The Taliban, meanwhile, is currently engaged in peace talks with US officials in Qatar.

At Least 2 Killed, 16 Injured in Blast in Pakistani City Near Afghan Border - Reports