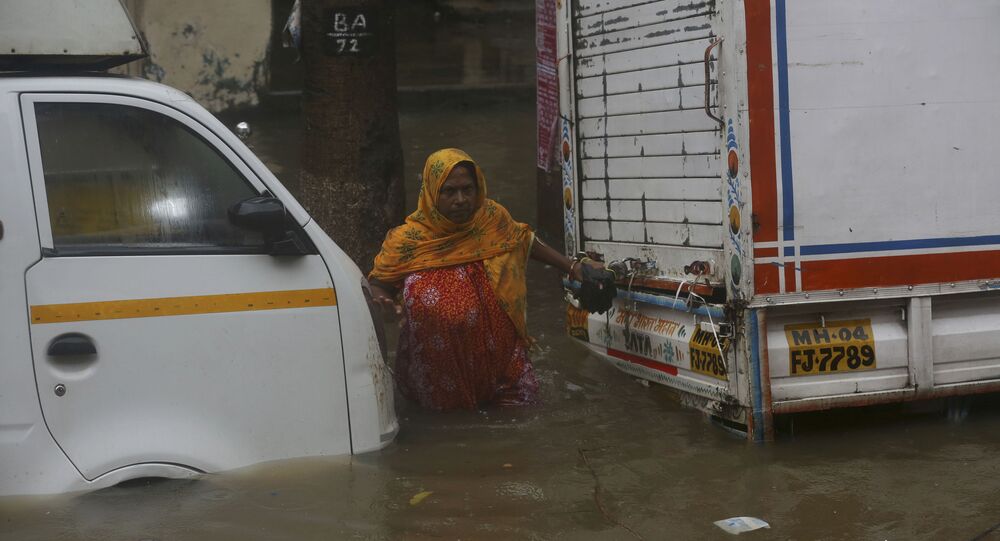 According to local media reports, a wall collapse at the Sinhgad College in Pune on Tuesday claimed the lives of at least 6 workers from the eastern state of Chhatisgarh.

Another similar incident involving a collapse of a wall happened earlier on Tuesday in Pimpripada in Malad East area, claiming at least 12 lives, according to local media.

Earlier, local authorities declared a "public holiday" in Mumbai and the city's suburbs for "safety" reasons.

Thousands of local residents have reportedly been stranded in trains and vehicles during the Monday morning commute hours as they tried to reach work. Heavy rainfall has disrupted train and air traffic in India's largest financial hub.

The monsoon rainy season in India typically lasts from June until mid-September. In 2005, flooding killed over 500 in Mumbai, according to Reuters. The majority of deaths occurred in the city's urban slums areas, home to more than half of Mumbai's total population.