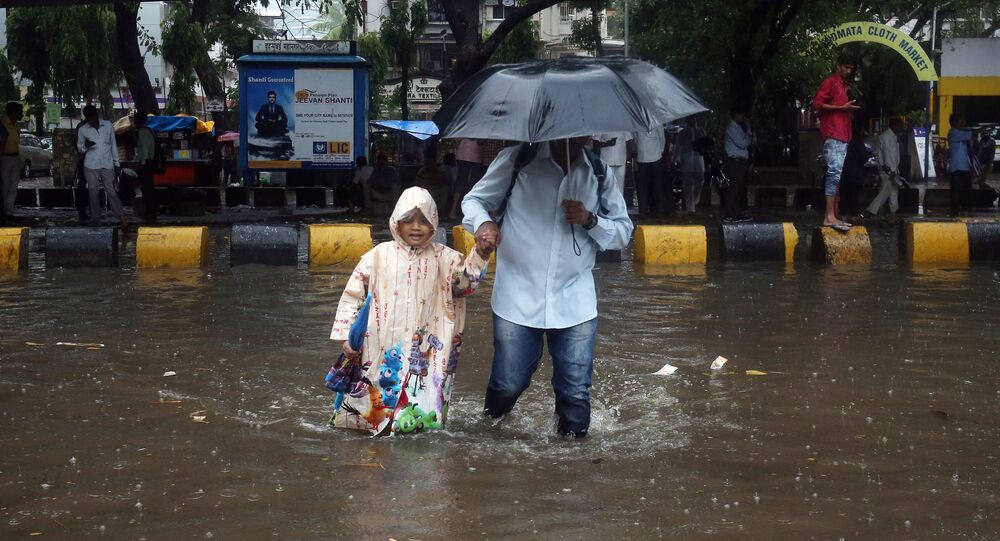 The incident happened on Tuesday in Pimpripada in the area of Malad East. According to the media outlet NDTV, citing local officials, at least three people could be still trapped under the debris of the collapsed wall.

The death toll following the collapse of the wall has risen to 13, local authorities said in a statement.

In an extremely unfortunate incident, 13 people died in the retaining wall collapse of few hutments built on a hill slope in Kurar Village . Fire Brigade & NDRF had rushed to the spot 1/2

Earlier, NDTV reported that at least 13 people had been transported to a hospital. A rescue operation is reportedly underway.

Local authorities reportedly expect more heavy rainfall in the nearby areas of Thane and Palghar in the coming days. Local police have said in a statement on Twitter that local residents should check the weather updates regularly and plan their schedule accordingly.

Heavy to Very Heavy rains expected in Mumbai & MMR in the next 3 days as per intimation received from IMD.

Meanwhile, the authorities of Mumbai's Maharashtra state have declared a public holiday "for the safety" of local citizens.

The Government of Maharashtra has declared a public holiday in Mumbai today, for safety of Mumbai city & its citizens, in wake of the very heavy rainfall forecast by IMD #MumbaiRainsLiveUpdates #MumbaiRains #MumbaiRainsLive #MCGMUpdates

Mumbai meteorologists have said that the country is witnessing one of its most intense monsoon spells this year with the affected regions receiving their highest rainfall in a decade over a two-day period, according to NDTV.

Floods in 2005 killed more than 500 people in Mumbai, according to Reuters. The majority of deaths occurred in shanty town slums, which are home to more than half of Mumbai's population.