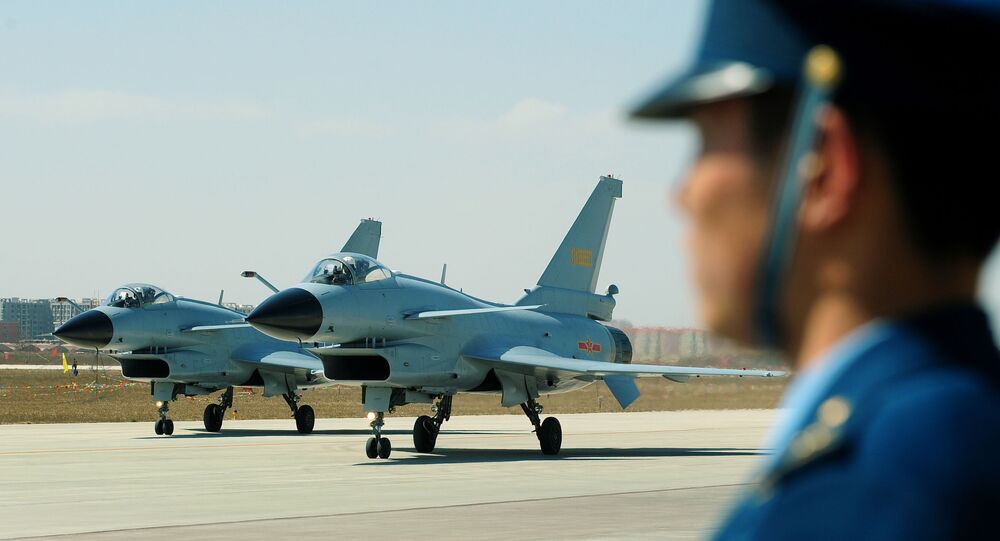 The United States Navy has challenged Beijing’s claim to most of the South China Sea by sailing its vessels into what China considers its territorial waters. These ‘Freedom of Navigation’ operations were first launched in 2017 and have gradually become more frequent and met with censure from Beijing.

CNN has published satellite imagery which appears to show that China has deployed fighter jets to the contested Woody Island in the Parcel Islands, in another apparent bid to assert its extensive maritime claims in the region.

According to the images the broadcaster obtained from the Israel-based firm ImageSat International, at least four Chinese J-10 fighter jets were seen on the island on Wednesday.

The images appear to show that the four fighters were standing in the open near the airstrip crossing Woody Island.

Analysts who examined the photo told CNN the aircraft were not put into hangars on purpose, to be noticed and to send a message that this is China’s territory.

Chinese authorities have yet to comment on the report.

Woody Island − the largest of the Paracel archipelago − lies in the northern portion of the South China Sea, some 400 kilometres southeast of China’s Hainan Island.

While no one disputes China’s rights to Hainan, the Paracel chain, which is currently controlled and administered by Beijing, is also claimed by Taiwan and Vietnam.

Woody Island (known in China as Yongxing) measures only one square mile in size and houses the seat of administration of Sansha prefecture, a territory China set up in 2012 to govern the Paracels.

It has a harbour, an airport, hangars and a runway that can handle both military and civilian aircraft, as well as a settlement of over 1,000 residents.

© AFP 2020 / STR
View of the part of the city of Sansha on the island of Yongxing, also known as Woody island in the disputed Paracel chain. (File)

This tiny piece of land has been turning into a strategic outpost in the South China Sea, where territorial disputes abound. The Chinese government is reported to have plans for a military settlement on the reef, which would become, along with two nearby islets, a “national key strategic service and logistics base”.

China already deployed its nuclear strike-capable H-6K bombers to Woody Island in May 2018 and J-11B fighters in November 2011. Back in 2011, footage of fighter jets entering a hangar on the island was broadcast on state television.

China has also been cementing its claims to the Spratly Islands, located in the southern-central portion of the sea. In recent years, China has built them up with anti-ship cruise missiles and surface-to-air missiles.

The United States and its allies such as the UK, France, Canada, Australia and Japan have been defying China’s territorial and maritime claims by conducting so-called Freedom of Navigation Operations, sailing military vessels in China’s reclaimed territorial waters, which Beijing criticises as a “pretext to conduct illegal and provocative moves”.