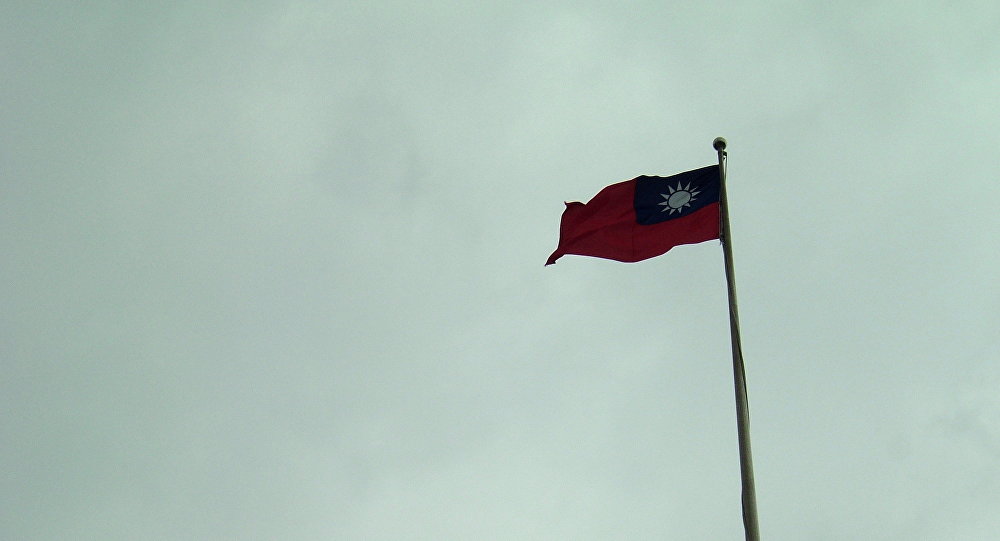 The US Marine Corps, Pacific, has released several photos from the Pacific Amphibious Leaders Symposium in Honolulu, Hawaii, last week, in which the Taiwanese flag and Taiwanese representatives are clearly visible, a sign, some say, of Taipei’s growing relationship with Washington.

In one of the photos, US Pacific Marine Corps Lieutenant General H. Stacy Clardy III is pictured exchanging gifts with Taiwanese Major General Liu Erh-jung during the symposium. In another, Admiral Phil Davidson, head of the US Indo-Pacific Command, is speaking at the podium with Taiwan’s Marine Corps flag pictured in the background.

A 55-page report titled “Indo-Pacific Strategy Report” was also released Saturday by the US Department of Defense. In the document, Taiwan is included in a list of countries that the US is striving to strengthen its partnerships with, along with Singapore, New Zealand and Mongolia.

“All four countries contribute to US missions around the world and are actively taking steps to uphold a free and open international order,” the report states, also adding that the countries are “reliable, capable and natural partners.” Beijing, of course, does not acknowledge Taiwan as an independent state, but as a rogue province destined to eventually be reunited with and governed from the mainland.

According to four people familiar with negotiations who spoke to Reuters last week, the US is planning to sell more than $2 billion worth of tanks and weapons to Taiwan, a move which is likely to further strain relations US relations with Beijing. If the sale is approved, it will include 108 General Dynamics Corp MIA2 Abrams tanks worth $2 billion in addition to anti-tank and anti-aircraft munitions.

US Marine Corps Forces, Pacific
Admiral Phil Davidson makes a speech on June 4 with the flag of Taiwan’s Marines Corps in the background

Even though it adopted the “One China” policy in 1979, which acknowledges Beijing’s claim that Taiwan is an inseparable part of China, the US maintains close independent trade ties with Taiwan and remains its top supplier of weapons. 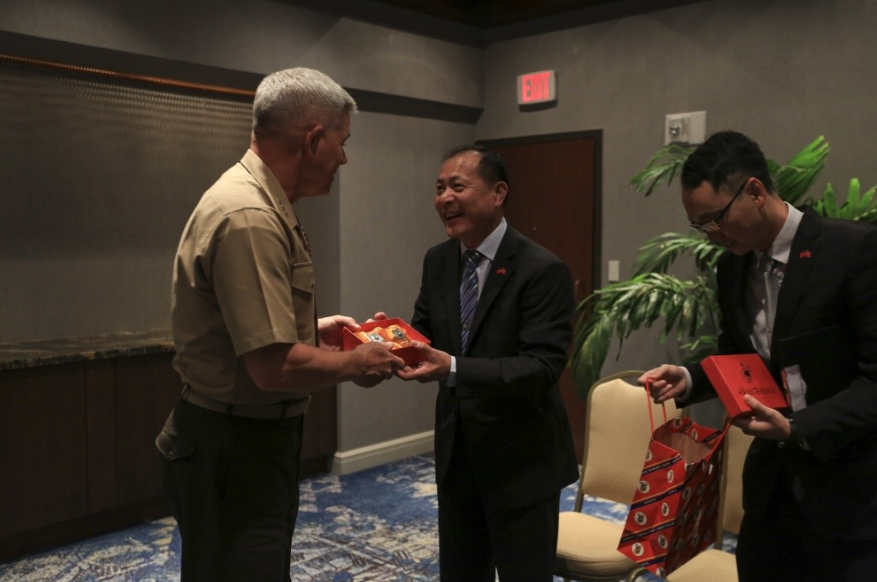 China considers self-governing Taiwan part of its territory and claims sovereignty over it. Taiwan, by comparison, still bears the name of the pre-communist-era government, the Republic of China, whose territorial control was confined to the island at the conclusion of the civil war in 1949, when the People’s Republic of China was established on the mainland.

According to Wang Kung-yi, a political science professor at Chinese Culture University in Taipei, “Taiwan’s relations with the US have fared better under Trump because he sees Beijing as a military and economic threat,” the South China Morning Post reported.

“But this does not mean the Trump administration would want to push this to the limit in order to normalize ties with Taiwan, as that could mean war for the two sides, given Beijing’s warning that any foreign intervention in the mainland’s domestic affairs would warrant an attack,” he added.

The US, like many other nations, maintains unofficial ties with Taiwan, despite its adoption of the “One China” policy. Taiwan remains the US’ ninth-largest trading partner, according to the US Department of State. In addition, despite the fact that the US doesn’t hold official state meetings or have an official embassy at the island, it continues to enhance ties with Taiwan through its Taiwan Council for US Affairs, a nonprofit organization which serves and protects US citizens in Taiwan and acts as Washington’s de facto embassy on the island.

As the South China Sea standoff remains ongoing and unsettled, Sino-American relations also remain at odds, with the latest round of US-Chinese trade talks ending in mid-May without an agreement.

Liu Bih-rong, a professor of political science at Soochow University in Taipei, said that arms sales to Taiwan may be the US playing the “Taiwan card to pressure Beijing over its military expansion in the region.”