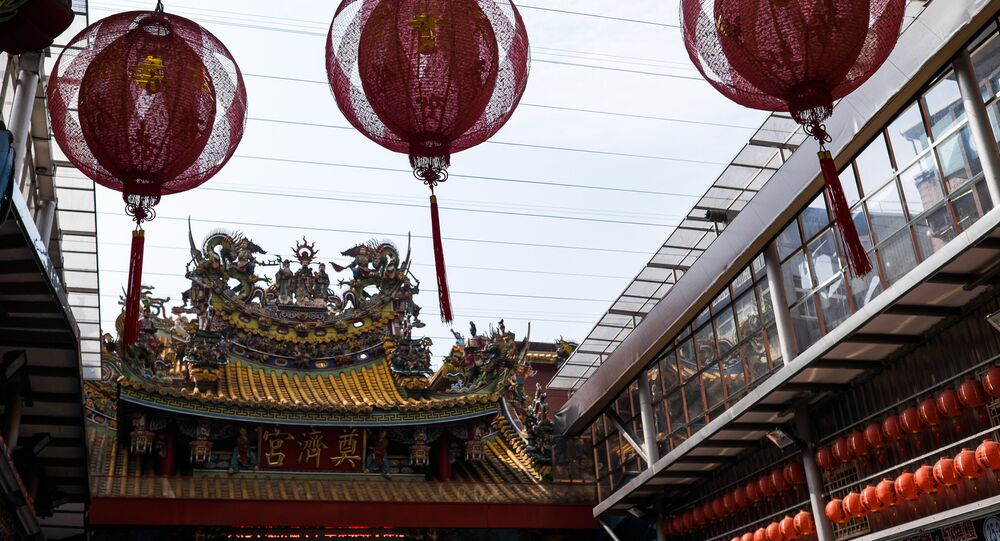 The new US administration continues to chip away at the edges of the longstanding One China policy, with the new president speaking with his Taiwanese counterpart shortly after his election victory and now with the decision to send US marines to guard its de facto embassy on the island state.

A handful of uniformed guards may not seem like a big deal, but as only nations with formal ties allow military personnel to be stationed at diplomatic missions, having themformally stationed in the Taiwanese capital takes on serious symbolism, the South China Morning Post points out.

The US now maintains only unofficial ties with Taiwan. The American Institute in Taiwan (AIT), which the marines will guard, is technically a private entity, though it provides the services of an embassy.

Now, it's going to look even more like a real embassy — and Beijing, already ruffled at US President Donald Trump's phone chat with the Taiwanese president — is bound to be steamed.

Former AIT Director Stephen Young told a think tank in DC earlier this month that he had pushed hard to have a marine security detachment assigned to AIT's new office in Taipei, which is scheduled to be finished later this year.

He also said, "we made sure when we were designing our new office building that we were going to build a very nice marine house for our guys there," the Focus Taiwan News Chanel reports.

As Young pointed out, "when you go around the world, a marine house is the social center of any diplomatic corps and it will be in Taipei as well." The marine house will be "a symbolic expression"of American commitment to Taiwan, he said.

And with that, the US "unofficial" presence in Taiwan looks even more like its official presences around the world. And perhaps vice-versa: Taiwan's Minister of Foreign Affairs David Lee Ta-wei said his country will discuss the possibility of sending a similar defense force to its own de facto embassy in Washington, the South China Morning Post reports.

Trump has openly questioned whether the US should stick to the One China policy and has suggested Beijing ought to offer in exchange for such appeasement. Taiwan, after all, does have its own government, military and economy and functions entirely as an independent state. Beijing simply blocks it from participating fully or under its chosen name in many global organizations and, apparently, dreams of reunification.

As nations get hot under the collar over territory disputes in the South and East China Seas, the knot of US marines may be part of a larger plan to reinforce US relationships with its allies in the region.

It also could be a sign that the US, which is treaty-bound to defend Taiwan should Beijing attack, intends to upgrade its military ties with Taiwan. Two bills were introduced to the US Congress last year calling for Taiwan's status to be shifted from a second-class to a first-class ally.

Not all of these changes are Trump's doing, however. The Taipei Times points out that US military attaches have been assigned to AIT's Taipei office since 2005, but they don't wear uniforms and keep out of the spotlight. The local paper also notes that a US State Department advertisement in the Taipei Times and other papers sought contractors to build quarters for marines at the new AIT compound as far back as 2008, and that the Marine Corps Times in 2009 referenced providing security for the new Taipei facility.

China to Trump: North Korean Nuclear Program is Your Problem