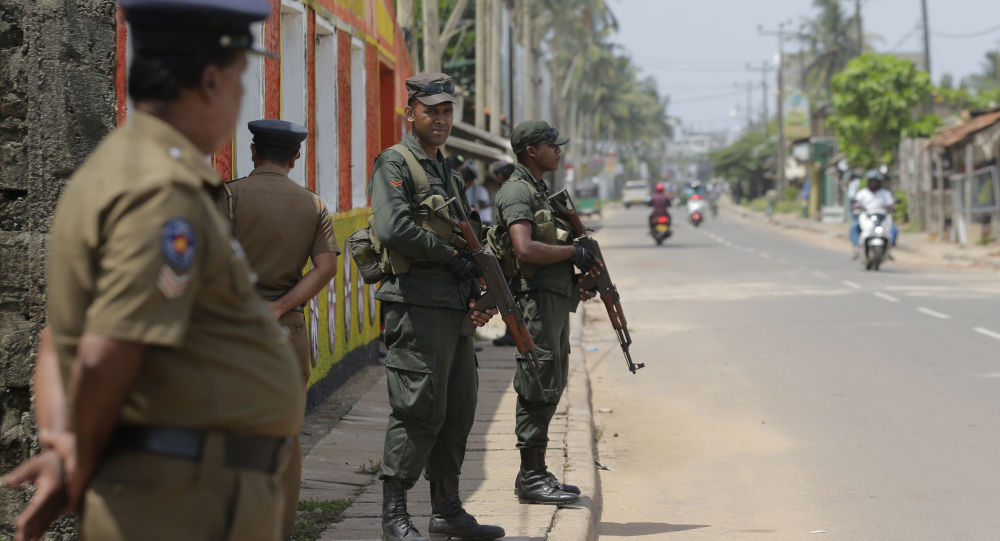 Sri Lankan authorities have been conducting raids across the country since the 21 April bombings in order to nab people linked to illegal or extremist activities. Steps have also been taken to curb hate speech and radicalisation, which have threatened ethnic reconciliation and national security following the Easter attacks that killed 253 people.

New Delhi (Sputnik): The Special Task Force of Sri Lanka Police has arrested three suspects, including a Chinese national, during an early hour raid in the island nation's city of Negombo. Sri Lankan police found that the people nabbed in the latest incident were spreading hatred through extremist material, using a VPN service, which protects the users from being tracked, for their private conversations.

Police have discovered telecommunication equipment, including 17,400 SIM cards, over 400 iPhones, and 60 internet routers.

"We have arrested three people; two of them are locals, while the other is a Chinese national, who has been staying in the country without a valid visa", the spokesperson said.

Officers linked to the country's Criminal Investigations Department (CID), the Telecommunications Regulatory Commission (TRC), and Sri Lanka Telecom have been called to further investigate the matter.

In a bid to identify and catch hold of those linked to illegal or extremist activities, the Sri Lankan authorities have been conducting raids across the country since the Easter bombings on 21 April. A state of emergency went into effect the following day.

Days after the bombings at churches and hotels near Colombo that left 253 killed and over 500 injured, an initial curfew was imposed in North Western Province.

The curfew was prompted by civil unrest in the Sri Lankan city of Chilaw reportedly ignited by an inflammatory Facebook post meant to incite racial tensions. Several messaging applications, such as Viber, WhatsApp, and Facebook, were blocked on 13 May to prevent "false propaganda".