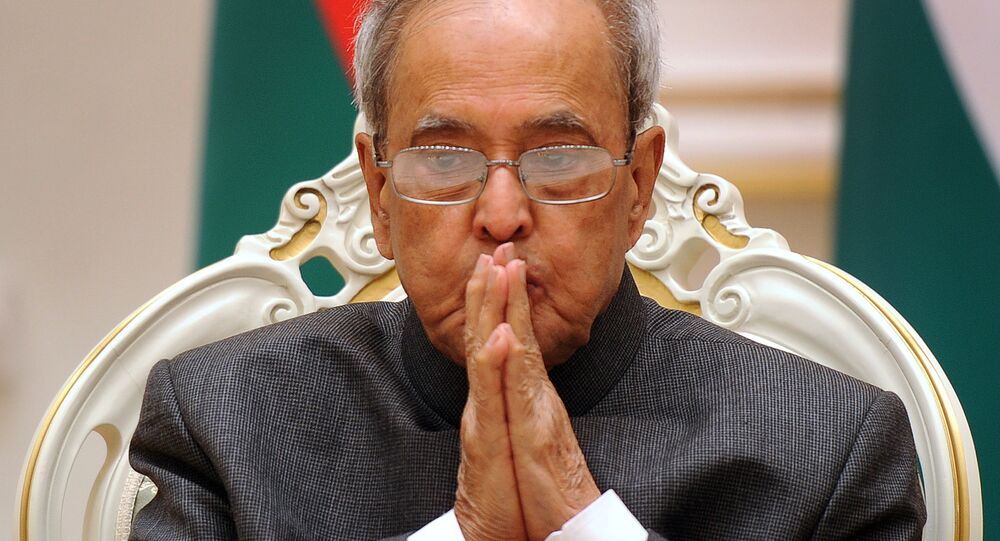 The statement came against the backdrop of a suspicious movement of electronic voting machines (EVMs) in various locations across the country.

The EVMs carry the verdict of the millions of voters to determine which political alliance or party will govern India for next five years.

The result of the general election will be announced on 23 May.

"There can be no room for speculations that challenge the very basis of our democracy. People's mandate is sacrosanct and has to be above any iota of reasonable doubt", former President Mukherjee, who demitted office in 2017.

© REUTERS / Rupak De Chowdhuri/File Photo
Analyst Outlines Three Possible Difficulties in Counting Votes For India's General Elections
In several areas, supporters of opposition parties have circulated mobile phone clips alleging that some machines were being brought to the counting station even a day after the election.

The leaders have also pressed for their demand of tallying VVPAT slips with EVM figures in an entire state assembly poll constituency if a discrepancy is found in any polling booth.

"The onus of ensuring institutional integrity in this case lies with the Election Commission of India. They must do so and put all speculation to rest", Mukherjee added.

A majority of the exit polls declared on Sunday have forecast a landslide victory for the governing Bharatiya Janata Party in the 545-member Lok Sabha, the lower house of the Indian parliament.