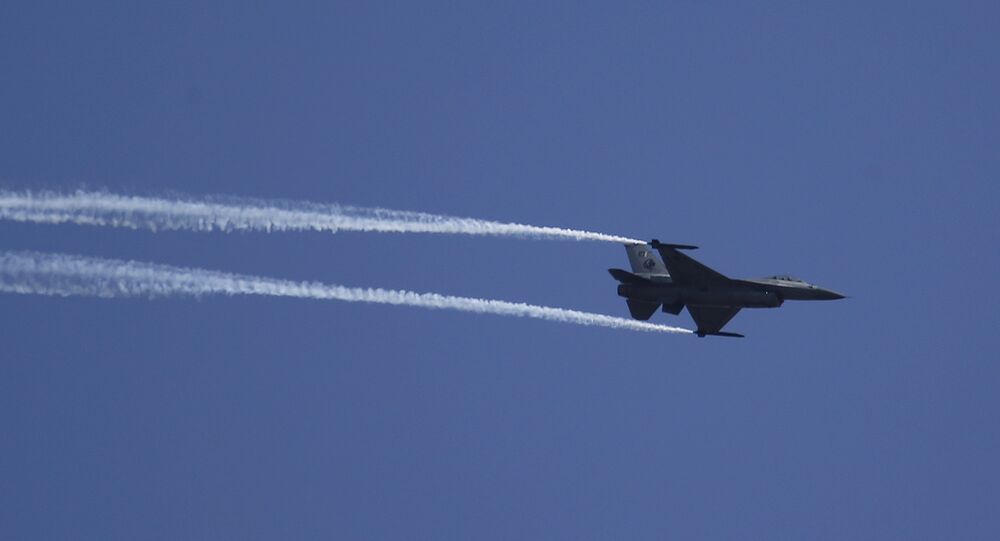 India has accused Pakistan of violating a fighter jet sale deal with the United States, claiming that Islamabad had downed an Indian warplane using an F-16 in late February that was allegedly acquired under a “fight against terrorism” programme.

The United States has refused to share any information with India after New Delhi suggested that Pakistan had scrambled a US-made F-16 fighter jet in a 27 February dogfight over the Line of Control.

“Soon after we were informed by the Indian side about Pakistan using F-16 aircraft on February 27, we informed the Indians that we will not be sharing any information on the subject as it is a bilateral matter between the US and Pakistan”, an American official told The Sunday Express on condition of anonymity.

According to the source, the US would come up with the same response if a third party were to ask for information about any military equipment deployed by India.

“If a third country tomorrow wants information about the C130 or C17 or Apaches that the IAF uses, our answer would be the same. It is a bilateral matter between India and the US”, the official added.

© CC0
Pakistan FM Insists PAF Downed 2 Indian Jets in Dogfight Amid F-16 Controversy
The source continued by saying that India failed to present any evidence to corroborate its accusations against Pakistan, and the only thing the US has seen was “what was presented in the Indian media”.

The Indian side has claimed that it had downed a Pakistan Air Force F-16 and displayed fragments of an AMRAAM medium-range missile that was recovered in the Indian-administered part of Kashmir, alleging that they had been launched by a US-made jet.

In addition, New Delhi has called on Washington to start an investigation into Pakistan’s alleged use of F-16s, claiming that there were eyewitnesses and electronic evidence.

"Evidence of the use of Amraam Missile, which can only be deployed on the F-16 with Pakistan, has also been shown to the media. We have asked the United States to also examine whether the use of F-16 against India is in accordance with the terms and conditions of sale", Indian Foreign Ministry spokesperson Raveesh Kumar told reporters in early March.

Pakistan, for its part, has strongly denied the allegations, insisting that it has not lost any aircraft.

“As regards how to use F-16, in what context (they) were used or not – because at that point of time our entire Air Force was airborne – it remains between Pakistan and the US to see how the MOUs regarding the use of F-16 have adhered to or otherwise”, Pakistan Army spokesperson Maj. Gen. Asif Ghafoor was cited as saying.

Historically tense relations between India and Pakistan hit another low after Pakistan-based terrorist group Jaish-e Mohammad allegedly claimed responsibility for a suicide attack on a convoy with Indian security forces on 14 February that killed 40 troops.

© AFP 2020 / Aamir Qureshi
India Shows Radar Image of Alleged Pakistani F-16 Fighter Jet Downing
In the wake of the attack, New Delhi accused Islamabad of harbouring terrorists – something which was flatly denied by Pakistan as “unsubstantiated”.

In response, the IAF conducted air strikes against a suspected Jaish-e Mohammad training camp in Pakistan’s Balakot, reportedly eliminating a number of facilities and fighters on 26 February.

The following day, Pakistan announced it had brought down two Indian aircraft over the Kashmir border and captured an Indian pilot, who was released a few days later in what Islamabad described as a “peace gesture”.

The Indian Air Force, in turn, confirmed the loss of only one of its warplanes and claimed that its MiG-21 Bison jet had shot down a Pakistani F-16 during an aerial combat, while the Pakistani side insisted that it never dispatched US-built fighter jets or sustained any losses.