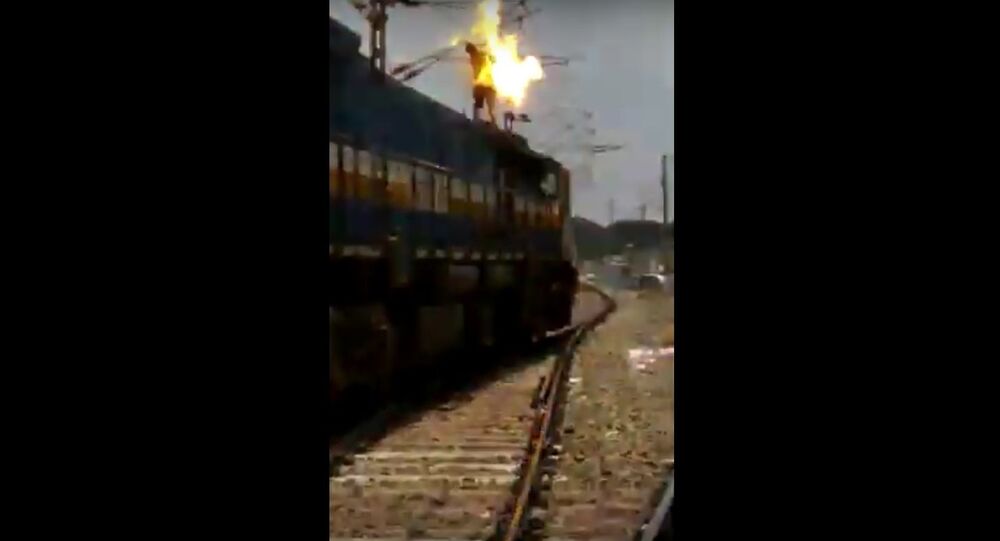 Man Gets Electrocuted Atop a Train in India (EXTREMELY GRAPHIC VIDEO)

An Indian man’s life came to a tragic end in the state of Karnataka when he was electrocuted standing on top of a stationary train while threatening to commit suicide.

New Delhi (Sputnik): An unidentified man, reportedly threatening to commit suicide, was charred to death after coming into contact with a high-voltage wire while standing atop a stationary train in Bengaluru, the capital city of the Indian state of Karnataka.

WARNING: The following footage is graphic and may offend sensibilities.

Some bystanders filmed the incident on their mobile phones. But none of them can be seen in the video persuading the man not to commit suicide.

In the video, the man is standing over a stationary bogey of a train, when suddenly he touches the high-voltage wire over his head and in a flash electric sparks leave him dead.