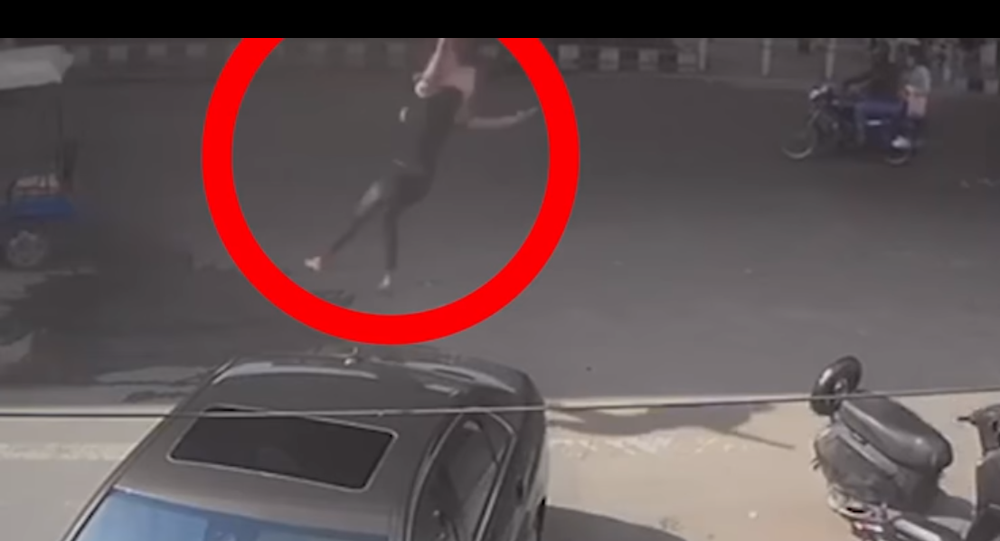 In a freak accident in the Indian capital on Monday, a young woman was lucky enough to escape with her life after falling from a high flyover bridge on a busy Delhi road. She, however, sustained multiple fractures and is undergoing treatment in a local hospital.

A woman named Sapna was riding pillion on a moped when it was hit by another speeding vehicle on the flyover, throwing Sapna over the railings of the flyover bridge and onto the road below, according to a news report, citing Deputy Commissioner of Police (West Delhi) Monika Bhardwaj.

Two young boys also sustained injuries but were not thrown off the flyover by the impact. According to police, none of them were wearing mandatory helmets.

Security cameras installed outside a store captured the woman's fall, however, police have failed to obtain footage of the initial crash on the flyover and are still investigating the incident.