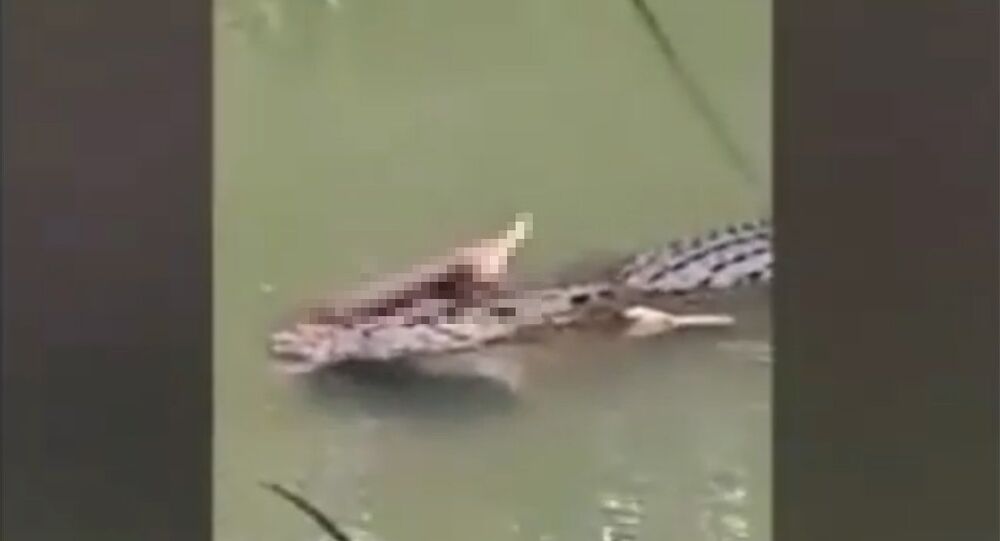 A 30-year-old Indonesian man was attacked by a crocodile immediately after he dove to the bottom of a river to inspect a spiral pipe mining pump machine earlier this month.

The chilling moment when a crocodile surfaced from an Indonesian river tightly holding a missing man’s leg in its jaw was captured on camera a day after authorities began to search for him.

© CC0
Crocodile Kills Pastor During Lake Baptism in Southern Ethiopia
Darlin Uti was snorkelling to fix an underwater pipe in the Malaoge River, which is apparently a thriving habitat for crocodiles, near his home in Sulawesi, Indonesia, when the huge reptile attacked him.

The victim’s sister, who was waiting for him on the river bank, made a desperate attempt to rescue him by pulling the vacuum hose he used to breathe underwater, but unfortunately, the crocodile was much stronger and dragged Darlin down by biting his crotch.

Rescuers eventually retrieved his body intact and returned to his family for a funeral, saying that he could have died of severe bleeding because of the bite to his groin.