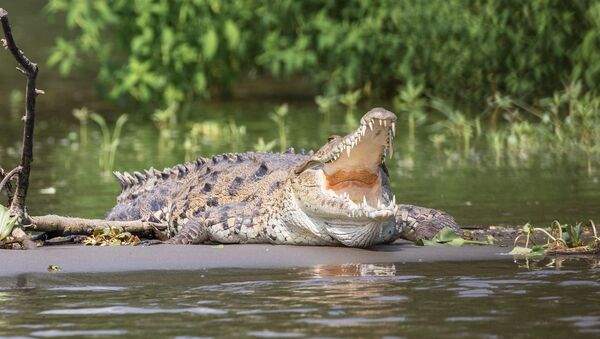 Docho Eshete, a Protestant pastor, was killed Sunday morning by a crocodile when he was baptising followers in Ethiopia's Lake Abaya.

Intimate Glimpse: Crocodile Swallows Camera Which is Recording
Conducting the baptism near an area known to have a large crocodile population, the pastor was killed moments after he'd finished baptising his first congregant, the BBC reported.

"He baptized the first person and he passed on to another one," Ketema Kairo, a local resident, told the publication. "All of a sudden, a crocodile jumped out of the lake and grabbed the pastor."

Though congregants and local fishermen tried to save Eshete by using fishing nets to keep the crocodile from pulling the pastor further into the water, "they only managed to get his dead body," local police officer Eiwnetu Kanko said.

Local reports indicate that Eshete died from bites to his legs, back and hands. Officials tried to capture the crocodile, but it escaped.