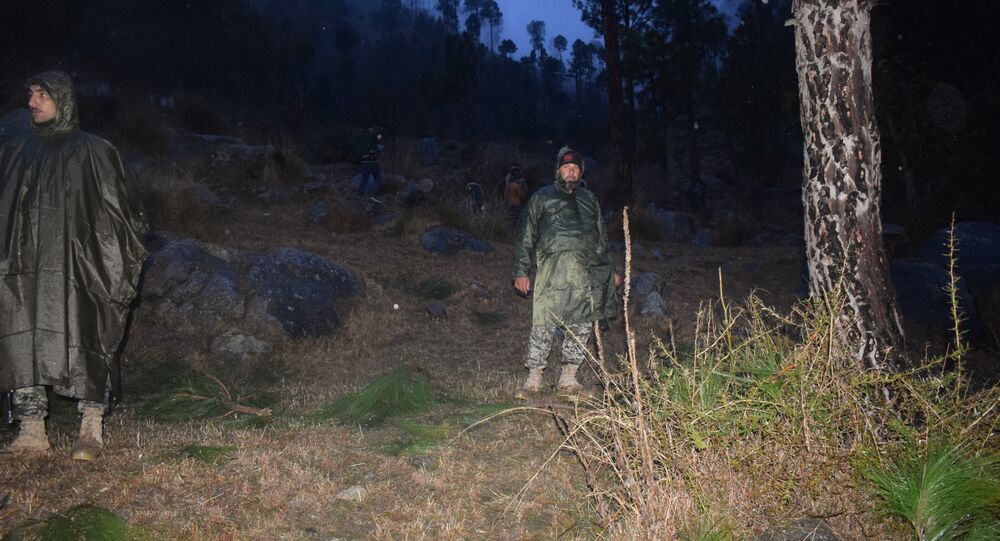 The Indian Air Force has claimed that there is credible evidence to demonstrate that the air strikes conducted on 26 February against the terrorist camp in Pakistan were successful and the attack produced the desired result. Refuting this claim, Pakistan has said that the bombing impacted a “forest reserve” which amounted to “eco-terrorism”.

New Delhi (Sputnik): Pakistan is planning to lodge a formal complaint against India with the United Nations for destroying forests during the 26 February air strike on Balakot, according to a Reuters report. The publication quoted a Pakistani cabinet minister on Friday as alleging that what India did in Balakot was akin to "eco-terrorism".

"What happened over there is environmental terrorism… dozens of pine trees had been felled. There has been serious environmental damage," Reuters quoted Pakistan's Climate Change Minister Malik Amin Aslam as saying.

No kidding. Pak strategic affairs expert from Pakistan just accused the Indian Air Force of violating the Paris Agreement on climate change because the airstrikes deep inside Pakistan led to some trees being knocked down. Happened for real. Delusion meets denial. Toxic cocktail.

© REUTERS / Anushree Fadnavis
MiG-21 Shooting Down Pakistan's F-16 Could Soil Lockheed's $20Bln Indian Dream - Scholar
After conducting the airstrike during the early hours of 26 February, the Indian Air Force claimed that it had completely wiped out a terrorist camp operated by Jaish-e-Mohammed (JeM), a militant group that had claimed responsibility for the 14 February suicide bombing in Pulwama, Kashmir in which more than 40 Indian paramilitary personnel were killed.

While the Indian media claimed that around 300 terrorists were killed in the airstrike, New Delhi has so far failed to provide any evidence. Meanwhile, Pakistan continues to deny that there were any such camps in the area. The Pakistani media quoted locals as saying that besides damaging over 15 pine trees in the area, only one elderly villager was hurt in the air strike.

Nevertheless, the Indian Air Force on Thursday claimed that there was credible evidence to show that the strikes were successful and the military action produced the desired result.

"There is fairly credible evidence with us that there is massive damage to the JeM camp. However, it would be premature to say what the number of casualties there are. We destroyed what we intended to destroy," Air Vice Marshal RGK Kapoor said while addressing a press conference in New Delhi.

Kapoor said it was up to the political leadership to decide when and how to release evidence of the Balakot strike's success.