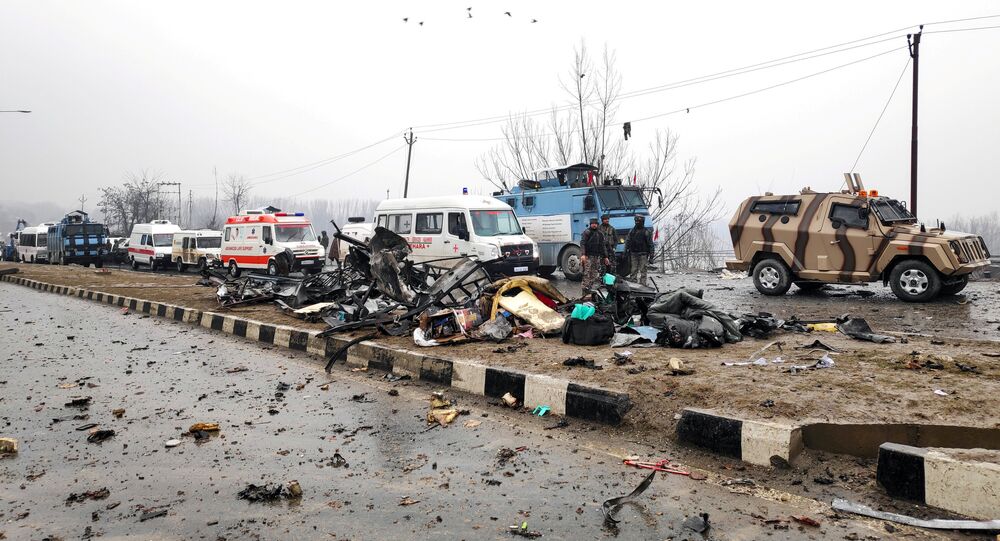 The dossier, containing proof and evidence of Pakistan's role in propping up terrorist groups in India, will be circulated among different embassies and high commissions hosted by New Delhi, the source added.
As part of their efforts to isolate Pakistan in the world stage, Indian authorities have been engaged in hectic diplomatic parleys over the last few days. On Wednesday, Home Minister Rajnath Singh briefed Indian Ambassador to the US Harsh Vardhan Shringla in Delhi about the emerging scenario.

"The US being our strategic ally and considering the strong counter-terrorism cooperation, the government will share the intelligence inputs and other details to the US government related to Pulwama terror attack to show that how Pakistan based terror outfit Jaish-e-Mohammed carried out the attack," a Home Ministry source told Sputnik.

The home minister also met with Indian envoy to Pakistan Ajay Bisaria and discussed India-Pakistan ties following the terror attack. Bisaria was withdrawn from Islamabad after the deadly suicide car bombing in Pulwama.

Last weekend, Prime Minister Narendra Modi said India will make all diplomatic efforts to ensure that Pakistan is isolated internationally due to its support and sheltering of terror organisations.

The two countries have gone through three wars over the region, but the territorial dispute remains unresolved. The unstable situation in the region has led to the emergence of extremist groups.