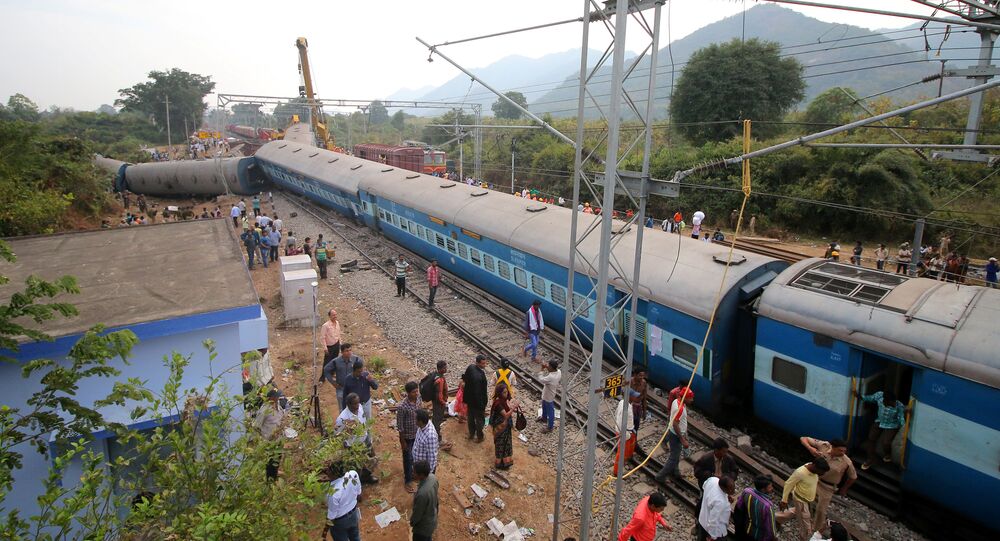 MOSCOW (Sputnik) - The death toll in the Delhi-bound train derailment in northeastern India has climbed to seven from the previously reported six, while the number of injured people stands at 24, local media reported on Sunday, citing railway and police officials.

The incident occurred at 3:58 a.m. local time (22:28 Saturday GMT) in Bihar's Vaishali district, the Hindustan Times newspaper specified. The train was reportedly running at full speed when the accident occured.

According to local media reports, rescue teams have responded to the site of the accident from Sonpur and Barauni.

Search and rescue operations are reportedly underway. According to local authorities, the number of victims could increase as some people are still reportedly trapped inside derailed coaches. The Tribune media outlet said Sunday, citing local emergencies services, that at least 24 train passengers were injured.

Meanwhile, the ANI news agency reported that at least 7 people have died due to the accident, saying that 11 Seemanchal Express coaches were derailed.

#SpotVisuals: Total 11 coaches affected due to #SeemanchalExpress derailment in Bihar's Sahadai Buzurg, earlier this morning. 3 out of 11 coaches had capsized. 7 people have lost their lives in the incident pic.twitter.com/FSLbEYKxGc

All passenger trains on this route have been canceled after the incident. Local authorities have launched the investigation into the incident.

The Seemanchal Express is a fast train that reportedly runs between Jogbani and Anand Vihar Terminal in India.

Train Runs Over People in India: About 50 Feared Dead - Reports