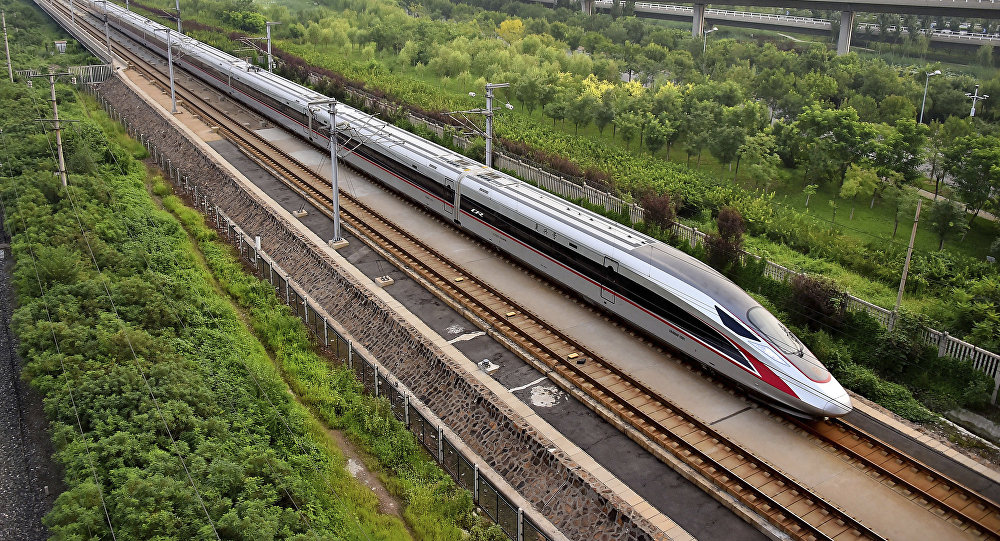 The proposed high-speed rail route is aimed at boosting trade flows in the Bangladesh-China-India-Myanmar (BCIM) corridor. BCIM is one of the economic corridors of China’s Belt and Road initiative.

China is considering a multi-nation bullet train project in South Asia to boost trade and business in the region, according to Ma Zhanwu, Chinese Consul General in India's port city of Kolkata.

Zhanwu stated on Wednesday that his country was mulling a bullet train service between Kunming and Kolkata, traversing through Myanmar and Bangladesh. Kunming is the capital and largest city of Yunnan province in southwest China while Kolkata is one of the busiest port cities in India, which provides trade services to Nepal as well.

"With joint efforts of India and China, a high-speed rail link could be established between the two cities. It will only take a few hours to reach Kolkata from Kunming if the rail link becomes a reality," Consul General Ma Zhanwu said during a conference on connectivity and trade relations between China and Eastern India organized in Kolkata.

Chinese Consul General in Kolkata, Ma Zhanwu, said that it's a 'great idea' to run a bullet train from China's Kunming to Kolkata, via Dhaka and cities in Myanmar.
Read @ANI Story| https://t.co/Haj5ZfLlLC pic.twitter.com/ngrXhBmIeD

China Opens Seven Ports for Nepal to Bypass India in International Trade
Myanmar and Bangladesh would benefit tremendously from the project. "We may have a cluster of industries along the route. That increases the possibility of economic development of countries involved in the 2,800-km-long projects," Consul General Ma Zhanwu added.

The rail route is aimed at boosting trade flows in the Bangladesh-China-India-Myanmar (BCIM) corridor, which is one of the economic corridors of the Belt and Road initiative (BRI). India has been opposing the BRI since its inception as it claims that a part of it, which forms the China-Pakistan Economic Corridor (CPEC), "encroaches" on the sovereignty and territorial integrity of India.

© AFP 2019 / PRAKASH SINGH
India is Drifting Closer to China Due to Trump's Whimsical Policies – Professor
B. R. Deepak, professor of Chinese and China Studies at Jawaharlal Nehru University, New Delhi, is of the opinion that India and China may soon arrive at some sort of understanding to douse the discord over the CPEC.

"As far as the BRI is concerned, we must agree that we are part of it as the BCIM (Bangladesh-China-India-Myanmar) is one of the economic corridors of the BRI. India is part of the AIIB (Asian Infrastructure Investment Bank), which is one of the important banks supporting the Chinese initiative. India has been fine with the corridors as long as they are multilateral and do not impinge on its national sovereignty," professor B. R. Deepak told Sputnik.

Last month, a team of Indian leaders visited the southern Chinese city of Guangzhou, wherein they proposed a major plan for connecting Assam, Tripura, and Nagaland of India with Chittagong port in Bangladesh and for the first time invited limited Chinese investments into the project.

China's Global Times said the invitation to China to participate in an India-Bangladesh connectivity project was "a surprise move that the Chinese observers broadly and cautiously welcomed."