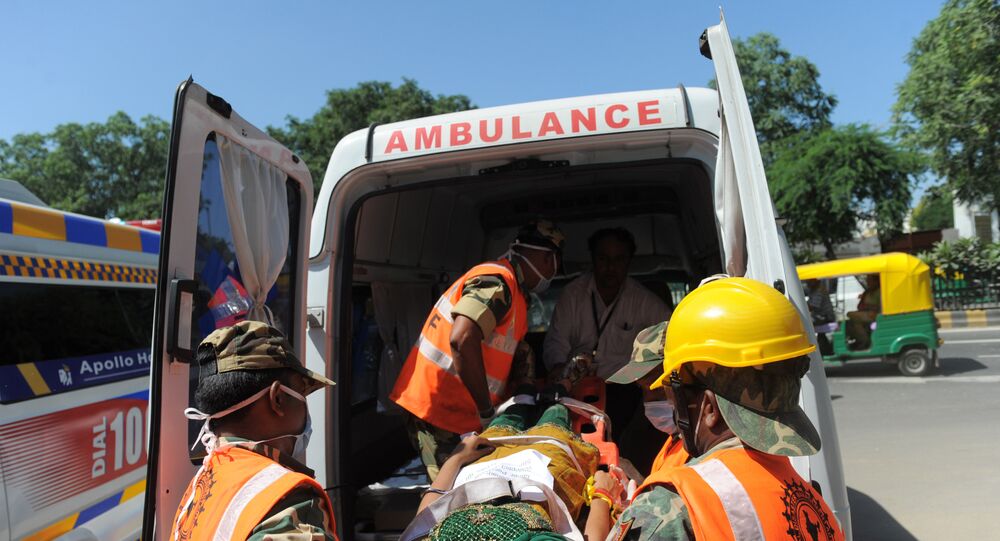 Train Runs Over People in India: About 50 Feared Dead - Reports

A major train accident has taken place in Amritsar, Punjab, where about fifty bystanders had assembled near the tracks to watch Dussehra celebrations. Many are feared dead or injured, according to reports.

No exact numbers have been reported.

A rescue operation is underway. Law enforcement services with fire brigades and ambulances have already arrived at the scene, trying to remove the debris and find the injured people.

"Shocked to hear of the tragic rail accident in Amritsar. Have asked all govt & pvt hospitals to stay open to help in this hour of grief. District authorities have been directed to take up relief and rescue operations on a war footing," the Chief Minister of Punjab said in a tweet.

Later in the day, Chief Minister of Punjab Amarinder Singh stated that Saturday had been declared a day of mourning over the deadly incident.

"The state will remain in mourning tomorrow in view of #Amritsar train mishap. All offices & educational institutions will remain closed," Singh wrote on Twitter.

The crisis management group has been set up to oversee the relief efforts, the official underlined.

Locals burned effigies near the railway tracks in honor of one of the most popular Hindu holidays, Dussehra, which is celebrated every autumn, the Economy Times reported. According to the newspaper, people celebrated the holiday, standing on the tracks.