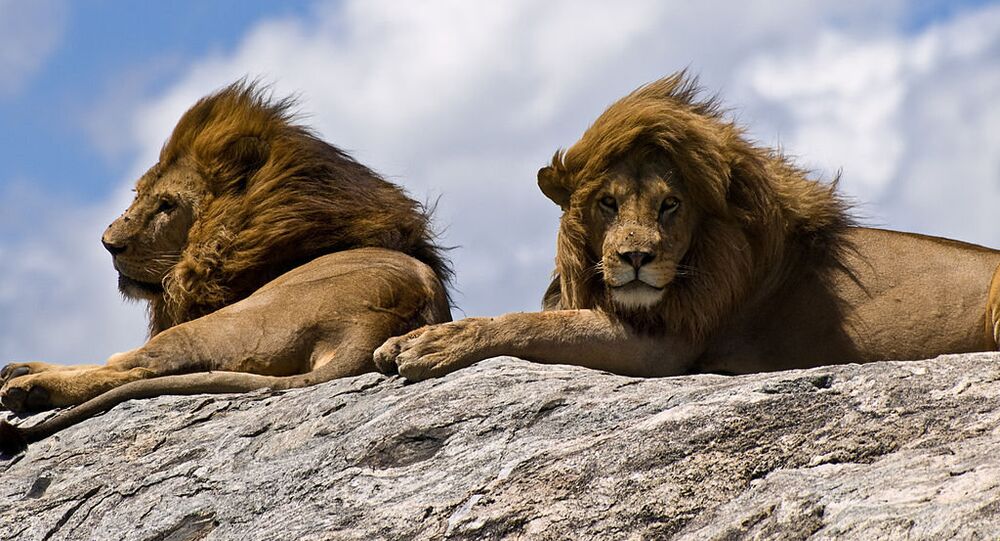 Authorities are bewildered how the man had scaled a wall that was 10 feet high with another 20 feet of mesh on top of it, made it through a deep moat, crossed the riverbed and entered the lions’ enclosure. He was fatally injured with severe injuries on his face, neck, and chest. The zoo was closed to visitors immediately.

New Delhi (Sputnik): A young man was mauled by two lions on Sunday and was found 50 meters inside the restricted area marked by a 30 feet wall-cum-fencing in an injured state at the Mahendra Chaudhary Zoological Park near Chandigarh in the Indian state of Punjab, as per a report in The Indian Express. The man, whose identity is yet to be verified, was in his twenties

An unidentified man, appearing to be in his mid-twenties, was mauled to death by a pair of lions at the Mahendra Chaudhary Zoological Park on Sunday.

Authorities at the zoo, 20 km away from the city, claimed that this is the first of its kind… https://t.co/vd48x4KcGj

The zoological park is better known as Chhatbir Zoo and was earlier the hunting ground of the erstwhile Maharaja (ruler) of Patiala.

© CC0
India’s First Tiger Translocation Fails; Sundari to be Kept in Zoo
According to Harpal Singh, the range officer, the man was seen within the enclosure in the afternoon at about 2:20 pm alive and his team reached him within six minutes after receiving an emergency alert, but by that time he had already been mauled. He was rushed to the hospital but did not survive the injuries he received.

A tourist safari driver named Johnny spotted him first. "He was mentally unstable or under influence of alcohol", Jonny said. He added that when he saw him being dragged by a lioness, he informed the authorities immediately and began blowing the horns of his minibus and racing with the vehicle to shoo the lioness away. The lioness by then was joined by another lion.

Zoological park authorities say that the lions, although well fed, felt were threatened by the entry of a strange human into their space and hence might have attacked the man.

Earlier, in October 1999, a driver was killed by a Himalayan black bear when he fell into the restricted enclosure in an intoxicated state.
The Chhatbir Zoo had 87 lions in 1996. The number has dwindled down to four. At a time, only two lions of the four are released for the tourist safari.

While You Were Asleep: Little Polar Bear Cub is Born in Berlin Zoo