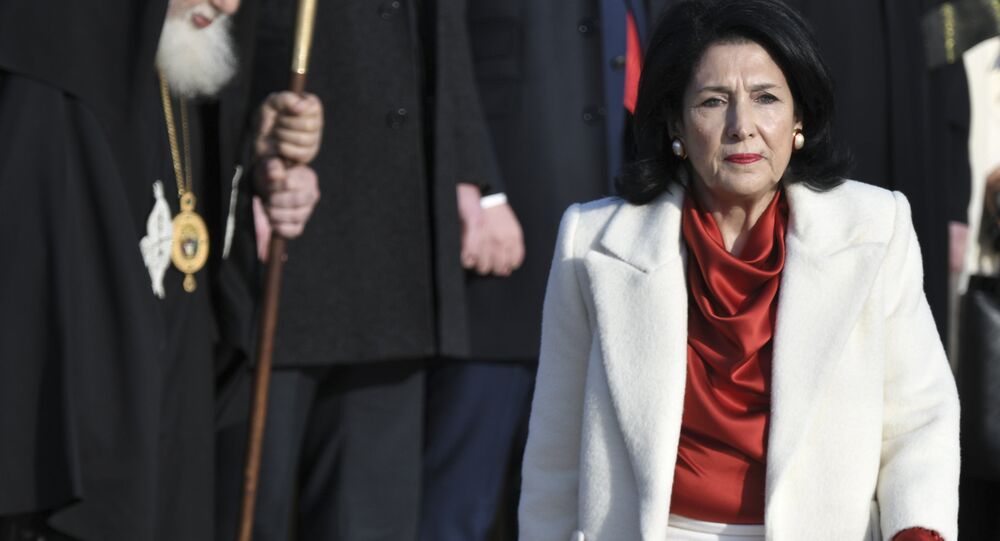 Swearing In: First Female President of Georgia Takes the Reins

Marking the start of a new constitution, the Eurasian country of Georgia has sworn in its first female president.

In a carefully-worded address to assembled dignitaries and guests to the former Soviet Union founding member state, Salome Zurabishvili declared that the nation was now on an "irreversible" path toward Europe.

"The goal of my presidency is to make Georgia's democratic development and its path towards Europe irreversible," asserted Zurabishvili, 66, in an inaugural speech that noted her tenure in France's diplomatic branch and her previous role as the country's foreign minister under disgraced former President Mikheil Saakashvili.

Sworn in on Sunday, the Paris-born Zurabishvili enters into the duties of a president whose role is now largely ceremonial in the wake of the nation's new constitution.

Elected with a 59.6 percent majority based on a voter turnout of 56.23 percent, Zurabishvili avowed that she would do everything in her power to bring Georgia into alignment with the European Union and NATO, according to reports.

"The goal of my presidency is to make Georgia's democratic development and its path towards Europe irreversible," she stated, cited by Straitstimes.com.

"I will facilitate this process with the support of our strategic partner, the United States of America, and our European friends," she added.

A mountainous melting pot of multi-ethnic, multi-religious cultures, Georgia — between the Caucasus and the Black Sea — is one of the oldest areas on Earth settled by humankind.

According to local reports, minor clashes erupted between protesters and police on Sunday following accusations of fraud from a vocal political opposition.