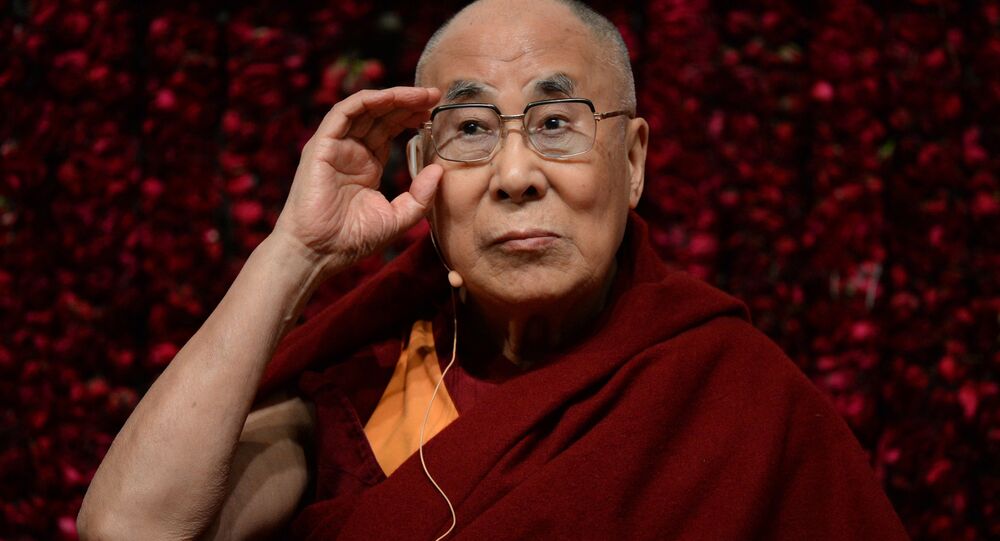 The Buddhist spiritual leader’s remark that if a female had to be his successor, she would be “very, very attractive or would be of not much use”, which he made in an interview with BBC reporter Clive Myrie as he talked of succession a week ago, was widely criticized.

New Delhi (Sputnik): Nobel Laureate and Tibetan spiritual leader the Dalai Lama has said that there could be a female Dalai Lama in the future. He was addressing an academic group at the Indian Institute of Technology, Bombay (IITB) on Friday.

"Buddhist tradition is very liberal, having equal rights for both genders, and that there could be a female Dalai Lama in the future", the Dalai Lama said.

.@DalaiLama talking about #spirituality #emotionalhealth #genderequality and possibility of a female @DalaiLama at @Techfest_IITB @iitbombay my talk will follow soon pic.twitter.com/bsqkvAphgL

The Dalai Lama, whose real name is Tenzin Gyatso, was conferred with the prestigious Nobel Peace Prize in 1989 and is acknowledged as one of few ardent advocates of global peace, independence for Tibet, and other causes.

When asked if, in the future, there could be a female Dalai Lama, he said Buddha had given equal rights to both genders and that both Tibetan and Indian masters of the highest ordination have been females as well.

Buddha gave equal rights to men and women. No difference between male and female, says @DalaiLama at #OTC @ThePrintIndia

"Around 15 years ago, the editor of a French magazine for ladies had come to interview me. She asked me if there could be a female Dalai Lama in the future. I had said yes. If in future, the female body is more effective, then certainly yes. The Buddhist tradition is very liberal", the Dalai Lama said to the gathering of scholars and other eminent persons at the IITB.

The comment by the Dalai Lama comes a week after he was criticized for saying that any potential female successor to his role "must be very, very, attractive".

The Independent had quoted the spiritual Buddhist leader saying that there was no reason why a future Dalai Lama could not be a woman, "but she would have to be good looking otherwise she would not be of much use".

Dalai Lama says female successor must be 'very, very attractive' otherwise she is 'not much use' https://t.co/agwH3CsaLe #SellOut or #Charlatan #YouDecide Could be sarcastic and #TaoFu, keep that in mind. True of much of his professed wisdom as told to the West.

Buddhists in central Asia widely believe that Bodhisattva, or the "Buddha of Compassion", has a special relationship with the people of Tibet and intervenes in their fate by incarnating as Dalai Lamas who fulfil the role of benevolent leaders of the land and spiritual teachers. The current Dalai Lama is 83 years old and has been living in India in exile in the hill town Dharamsala since the year 1959. For 300 years the Dalai Lamas have led the Tibetan government, until Tibet came under Chinese administration in 1950.