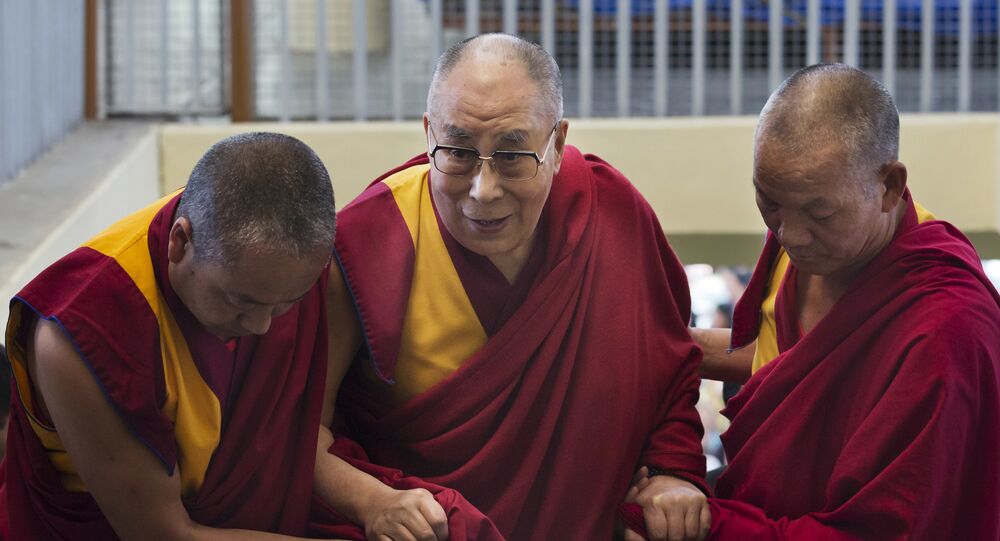 During a conference with Russian scientists which is taking place in the Indian city of Dharamshala, the Dalai Lama expressed doubt that artificial intelligence could be compared to the consciousness of a living person.

In a conversation with the Russian scientists Dalai Lama said that some modern technologies claim that they can create artificial intelligence, a new entity with consciousness but the Buddhist leader doubts that it is possible.

At the same time, he noted that he would be happy if suddenly with the help of these modern technologies humans managed to create “a being without anger." Although he added that he doubts that’s possible.

© AFP 2021 / SAJJAD HUSSAIN
Dalai Lama to Debate Cosmic Origins, Evolution With Russian Scientists
"To believe that modern technologies can solve all the problems in the world, or that they can all be solved by training the mind, these are extreme points of view," the Lama said.

The representative of the group of Russian scientists visiting Dharamshala, Dmitry Volkov noted the traditional position of the Buddhist monks.

“The Dalai Lama spoke a lot about the intelligence of animals, he is interested in whether consciousness exists in snails or mosquitoes, but Buddhists are generally skeptical about machines, they take a more traditional point of view and believe that human consciousness, most likely, is impossible to replicate on anything.”

However, the representative noted that in the last 50 years there has been such progress, which indicates that the cognitive abilities of machines in many ways have already surpassed the abilities of people.

© Photo : Pixabay
Just Like Us: AI May Become Delirious and Depressed - Study
"Machines are considered faster, they play chess better than the world champions, so in some areas it is obvious that machines have already achieved a sufficiently great advantage,” Volkov said.

According to the scientist, in principle, if this trend is continues, it can be imagined that in 20-30 years machines will possess so-called general intelligence, which is the ability to make logical judgments.

The scientist went on to say that cooperation with Buddhist researchers is vital for scientific progress.

“The Dalai Lama, whose authority in the world is very high, inspires and stimulates the interest of scientists to new things. Many Buddhist metaphors can be useful as mental tools, they can be used to create large holistic theories,” Volkov said.