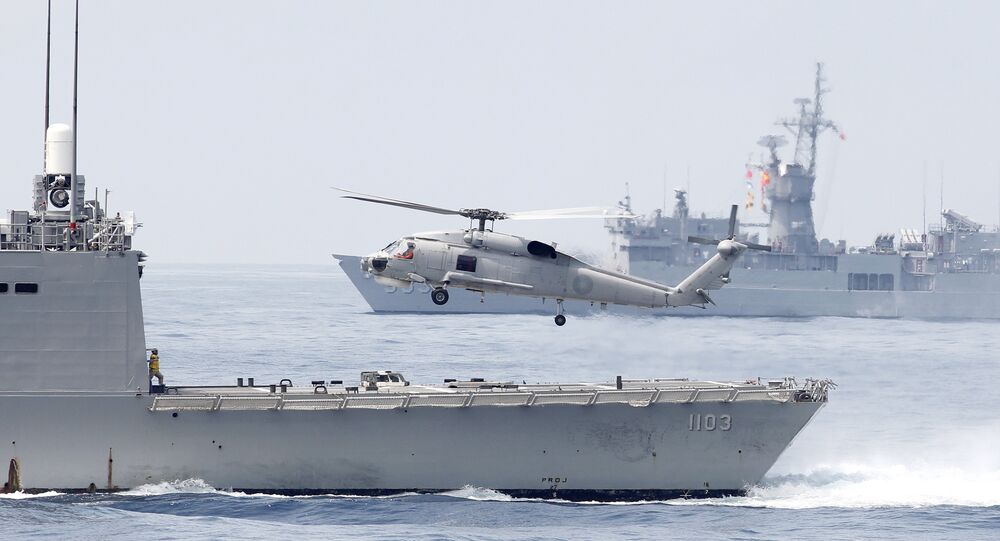 Frictions in the Taiwan Strait have been on the rise after the United States sailed its warships through the narrow waterway last month. The move drew criticism from Beijing, which considers Taiwan part of its territory in line with the One-China principle that the US backs.

Taiwanese President Tsai Ing-wen has promised that her country would not "concede one step" in self-defence and backed up her claim by adding two former USS frigates to Taiwan's fleet.

"We want to send a clear and firm message from Taiwanese people to the international community that we will not concede one step in defending… Taiwan and protecting our free and democratic way of life," Tsai said, as quoted by AFP, after inspecting the ships that were officially commissioned at a military base in southern Taiwan on Thursday.

Although the PM didn't mention what caused Taiwan to boost its defence capability, it was hardly a surprise that she went on to scold China's military actions in the region as an "attempt to weaken Taiwan's sovereignty" and "damage regional peace and stability."

The two Oliver Hazard Perry-class guided missile frigates were previously named USS Taylor and USS Gary. They were decommissioned from the US Navy in 2015 after more than 30 years in service and approved for sale to Taiwan under the new names, ROCS Ming-chuan and ROCS Feng Jia.

Tsai Ing-wen, who took office in 2016, leads the independence-leaning Democratic Progressive Party. She refuses to accept Taiwan as part of mainland China, and at times employs strongly-worded rhetoric to challenge what she calls "immense pressure" from her island's giant neighbour.

READ MORE: Academics Explain How US is Using Taiwan Card in 'New Cold War' Against China

Relations between Taiwan and China have been patchy ever since 1949, when the Communists expelled the Nationalist government to the island-state during the civil war. While Beijing regards Taiwan as part of an "indivisible China," Taiwan (officially the Republic of China) considers itself the successor state to pre-Communist China.

China, on the contrary, considers autonomous Taiwan as part of its territory and claims sovereignty over it. Moreover, Beijing has ramped up diplomatic pressure and military drills near Taiwan's coast ever since Tsai's election, sparking fears that it might use military options to bar the island from declaring full independence.

The United States, Taiwan's closest ally, does not recognise Taiwan as a sovereign nation and officially sticks to the "One China" policy. Despite this, Washington has kept informal relations with the island nation after severing diplomatic ties with it in 1979.

The US has been recently flexing its military muscle in the region, much to China's discontent. On October 22, two US Navy vessels went through the Taiwan Strait to ensure, according to US officials, free passage through the strategic waterway. The move, however, has irked Beijing which hinted that it did not contribute to cross-strait peace and stability.

Additionally, Washington has recently announced the delivery of $330 million worth of parts for Taiwan's military aircraft, prompting accusations of breach of international law from China.