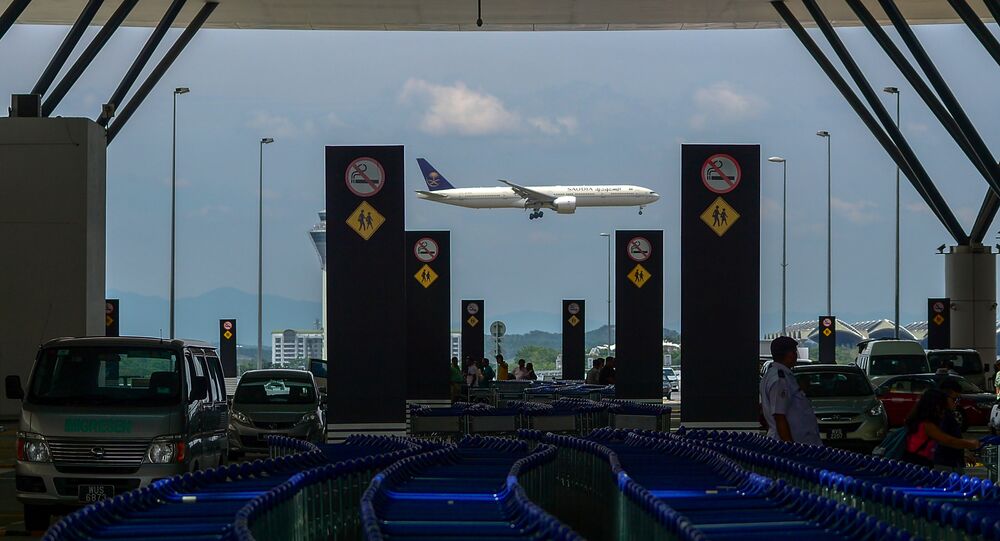 A couple of amateur wreck hunters have gone to Cambodia to prove their theory, which could become a massive development in the search for the Malaysian Airlines flight. However, instead of finding the truth, they faced an unfriendly environment and overwhelming physical demands.

Ian Wilson, an enthusiastic truth-seeker who claims to have spotted the crash site of the missing Malaysian Airlines Boeing on Google Maps, has abandoned his search mission, claiming that completing the endeavor would be too dangerous.

Wilson, a British-based video producer, embarked on a five-mile journey through Cambodian jungle together with his brother Jack last week. According to the volunteer explorers, the suspected site was four miles north of Cambodia's tallest peak, Phnom Aoral, with the route to it running through wild and dense tropical forests full of waterfalls and boulders.

They enlisted the help of local guides to make their way to the truth, who helped the Britons crawl through the jungle, cross waterfalls, and climb enormous boulders, which left them "battered and bruised." But at some point, the guides indicated that they couldn't go any further, prompting the MH370 hunters to give up on their efforts to solve the missing Boeing mystery.

"We've picked up injuries, many falls and climbs that were really painful. My feet are destroyed, I have knee sprains. But I'm really proud of Jack," Wilson told the Daily Star. "Both of us had to cross around 20 waterfalls, we fell most of the time and we were lucky to not kill ourselves on the boulders and get swept away in the current."

He earlier claimed that he had found the MH370 after spending hours scouring Google Maps. He is adamant about his theory, despite it being disputed by many experts. They argue that what Wilson claims to be the lost MH370 jet lying on the ground could be an image of a random in-flight plane accidentally photographed by a satellite.

However, Google Maps has recently updated its images of the Cambodian region where the alleged crash site is allegedly located. What is believed to be the wreckage has remained at the same location on satellite pics dating from 2017 and 2015 (according to Google Maps data). This has confirmed Wilson's theory, leading him to rebut the criticism and argue that the remains of the plane he thinks he spotted remain in place.